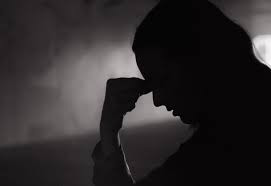 I was eight months pregnant when I told my husband that I would love to go to my parents and deliver. The reason was simple; My mum wasn’t that well and traveling all that long distance to come and live with me would have been asking for too much.

My husband wanted her mum to come live with us but I didn’t know how I was going to manage with her. She’s someone I’m very shy of so the easiest choice for me was to go and live with my parents.

We needed a house help. Not because I was going away. It was something we both had thought about long ago. We were not able to carry it out because we were doing just fine without help.

So when we both agreed that I was going to go away to my parents, we found it expedient to bring in someone to help take care of the house. I spoke to a couple of people but couldn’t get the response I needed.

One evening, my husband told me: “Charles called me today that he has someone who’s ready to take the role.” I responded: “That’s perfect. Call him and tell him to come over with the person so we can make the necessary arrangements as soon as possible.”

Charles is my husband’s childhood friend. He was my husband’s best man at our wedding. They don’t call themselves friends. They see themselves as brothers. They were in primary school together, went to secondary school, and then attended the same university.

When I was dating my husband, he was there. We went to many places with him and when we had issues, he was there to help us solve it. He’s that guy.

Some days later, I asked my husband if he had contacted Charles about the help and he said he had forgotten. I realised he wasn’t attaching any seriousness to the issue so I called Charles myself:

“Charles, about the girl you told my husband about, how soon can we have her? We would like her to start as soon as possible.”

“The girl is ever ready to start at any time. It all depends on you.”

“Yeah, she’s a secondary school graduate but currently looking to gather some money to start her own business.”

“Kindly bring her over tomorrow.”

The next evening, he came to the house with the girl; very beautiful and intelligent. I asked her: “Why do you want to do this instead of finding a job that you can build a career around?” She answered: “I’ve worked for some people before but now, I want to make some money and start some business on my own.”

My husband was there but he was uninterested in the whole thing. I asked the questions. I did the negotiation and later asked him if he was okay with the girl. He said, “She’s okay. If you like her then I don’t have anything to say.”

I called them every morning to ask how they were doing. The girl didn’t have complains and my husband had good things to say about her. I was at peace knowing the house was in order and my husband was also at peace.

I gave birth two weeks later. It was a Sunday—a happy Sunday for us to welcome the new boy. The next day my husband came over and spent over a week with us. One night we were both asleep when the baby started crying.

I got up, picked him up, and started breastfeeding him. I wanted to know the time so I can know how long I’ve slept for. My husband’s phone was just an arm stretch away so I reached out for it and turned on the screen.

There were some messages on the screen. One read: “I miss you lying next to me. You better get back soon before…” The rest of the message didn’t appear but the name of the sender was Mavis.

The only Mavis I knew was the one living with us.

I didn’t want to believe she was the one. Everything in me was saying she might be the one but I didn’t want to rush into conclusions. I slept after the baby had slept and pretended everything was alright.

Some days later, he had to go back home so he could start work. I continued calling both of them and asking how they were doing.

But I was still looking for that Mavis who sent my husband that message at that late hour.

I didn’t see anyone or anything to suggest that the sender of that message was on his list. I started going through his photos and guess what I saw…

The picture was posted five years ago and the lady in between them was Mavis, the help who came to live with us.

I screamed, “Wow! That means these guys already know each other?”

I went through the comments under the photo and saw the comment made by Mavis. I tapped on her profile and read her bio. She wasn’t an SS graduate as Charles made me believe. She wasn’t 23 years too.

This was a lady who had completed University and had worked in various institutions. “But why would Charles lie to me about her?”

Five years ago when the photo was posted, we were not married. We had been married for only three years but five years ago, I was dating my husband.

We had met not too long ago and were already making plans for the future. If five years ago Mavis was there, then it meant she had always been around but I was too blind to see.

I wasn’t in a rush to go back home. I’d already concluded that those two were having an affair but that didn’t push me to go back to the house. I stopped calling them like I used to and guess what, my husband never bordered to call me.

When finally he called, he gave me a whole lot of excuses about work and how tiring it had become and all. I didn’t bother.

When my baby was three months old, I left him with my mother and went back home unannounced. It was late night when I got there, around 11:pm. I opened the main door and went in.

The first place I went to was Mavis’ room. Her bed was neatly dressed but there was no human in it. I sneaked quietly into our bedroom and there they lied, quietly and peacefully sleeping.

When I turned on the light, it was Mavis who opened her eyes. She screamed, “Jesus!” That was when my husband also woke up. I stood there watching them while they scrambled around looking for some clothes to wear. I thought I was strong but I broke down and cried.

It was obvious they went on a boozing spree before they slept. There were empty liquor bottles lying on the floor and on the bedside table. My stuff in the wardrobe had been removed and replaced by Mavis’ clothes.

I sat on the floor with my teary eyes and watched around the room noticing the changes one after the other. My heart started beating fast. It was as though I was going to pass out.

They were both frozen. Mavis was looking for a way to escape but I was seated at the door. You could see she was visibly shaken. My husband started explaining himself, “Please dear, it’s the devil. Don’t allow the devil to cause you to do anything untoward, please.”

He called me dear but all through our marriage life, he had never called me dear. It didn’t even sound like it was meant for me. I was getting angry. I was seated on the floor but I was shaking out of anger thinking how on earth a husband could do that to his wife.

I told him: “I know you both had come a long way. I’m the stupid one here. I believed so easily but I have Charles to blame.”

I left the house for them and went to sleep at a friend’s place. The next morning, I went back to my parents. I fell in my mother’s hands as I was narrating the whole thing to her.

She couldn’t believe it. She said: “Men are hard to trust but take heart for the sake of your baby. My dad was speechless but he said: “Don’t be in a rush to decide anything. Let’s watch and pray. Something might change.”

I called Charles later that day but he didn’t pick. I knew he had gotten a hint of what happened. He never responded to my several calls. Two days later, my husband came around.

He looked so despicable I didn’t want to see his face. The first question my dad asked was: “So what next?” He said: “I’d come to apologise and take her away.”

I shook my head. “Egoistic fool. Do you think an apology is enough to fix everything? The hurt and the pain I had to endure. I’m not doing it again.”

I said it point-blank and I meant it: “I can’t forgive that no matter what. I can’t even go back to that same house again. The memory of what I saw that night will always haunt me and make my life miserable. I can’t endure. I’m not coming back.”

I wouldn’t say he didn’t try. He did try. He brought his family members to apologise. He brought the pastor who officiated our marriage to plead on his behalf.

Some known friends and people I held in high esteem also called me. But it wasn’t simple to just forgive as they were requesting me to do. A whole lot of things had to change for me to see the need to change; We had to change where we live, he had to change his friends, especially that Charles guy, he had to change everything that reminded me of that night and the most important of all, I had to change my heart to accept him back. That was the most difficult thing for me.

Knowing what I saw that night and knowing what I went through and still going through, I wasn’t ready to be that woman who caught her husband on top of another lady and still forgave.

It’s been close to a year. Our divorce hadn’t been granted yet but I’m still on course.

DISCLAIMER: The Views, Comments, Opinions, Contributions and Statements made by Readers and Contributors on this platform do not necessarily represent the views or policy of Multimedia Group Limited.
Tags:
Marriage
Side Chick