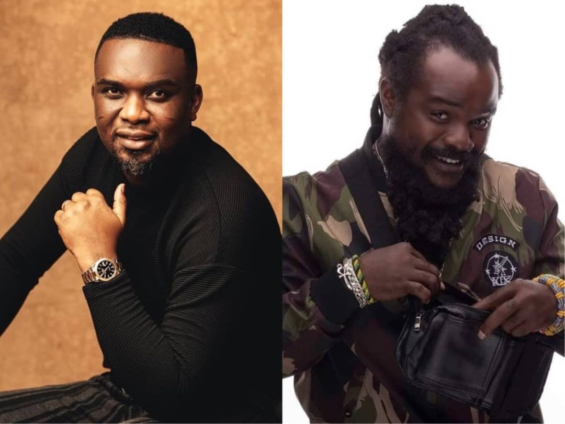 Gospel musician Joe Mettle says he did not know who reggae musician Ras Kuuku was until his VGMA plaque allegedly got missing.

This comment comes after Ras Kuuku revealed in an interview with Andy Dosty that he didn’t know who the “Ye Obua Mi” singer was until he won the VGMA Artiste of the Year category in 2017.

Speaking with Andy Dosty on Daybreak Hitz on Thursday, Joe Mettle jokingly said: “I didn’t know Ras Kuuku until his award got missing.”

After the nominees for the 23rd edition of the VGMA were announced, questions from industry players and music fans were raised.

One of these industry players was reggae musician Ras Kuuku. He believed it was unfair for Joe Mettle to be included in the Artist of the Year category because he didn’t merit anything to be part of the list.

In response, Joe Mettle said: “Ras Kuuku will be fine.”

The “Great Jehovah” singer went on to add that he is not surprised his ‘Artiste of the Year’ nomination is being questioned.

Further addressing Ras’ comment, he said: “if he were also nominated, they would do the same to him, so it’s a regular thing, and I wouldn’t expect less.

“The point is, no matter who appears in the category, there have been years where people are said not to deserve to be in a particular category; every year, it does come up, so I don’t feel like this is new in terms of how some people feel.”

Although Joe Mettle made it clear that he was pulling Ras Kuuku’s legs, some fans expected a response from him.