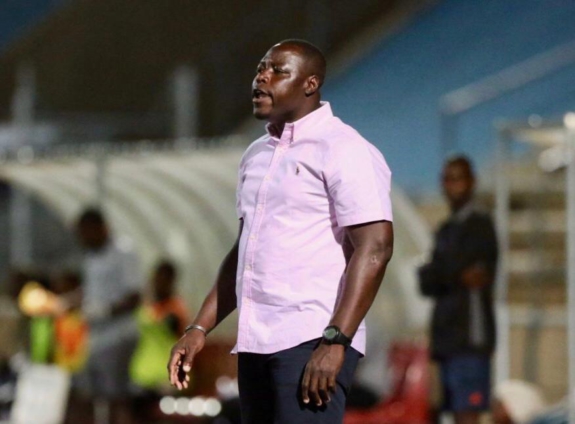 Former Ghana international, Mohammed Gargo, has expressed readiness for the challenge of leading newly-promoted side, Nsoatreman FC, in their debut season in the Ghana Premier League.

Gargo, signed a three-year deal that will see him be with the club until the end of the 2024/25 season, taking over from Boniface Ayipah as the team’s head coach.

Speaking exclusively to Joy Sports, the former Udinese midfield dynamo revealed that the challenge of coaching in the Premier League is one he has always anticipated and did not hesitate to take up the role of leading Nsoatreman.

“Football at any other level is football. To showcase what you know is all about getting yourself into the areas you will have challenges. Otherwise, you will always remain a mediocre coach who will go around coaching small clubs here and there. I love challenges. I love criticism,” he said.

“When you criticize me, you make me feel there is something going wrong with what in doing so I need to sit up. I will go back home and work on what is wrong. With the acceptance of the premier league side club like Nsoatreman FC is something I have been waiting for.”

He further revealed that he hopes to get the club to become a mainstay in the Ghanaian topflight while showcasing good football for the fans and management of the club.

“Staying means to do better than average. Better than average means you should be above the ninth position. You should be somewhere in the seventh and sixth position. That is above average. There are no promises and there is pressure, all that we will be doing is to go there, get the work done and make sure the people of Nsoatre are happy and the management is enjoying what we are doing,” he added.

Gargo is expected to bring to bear his years of experience as a footballer and a coach in his first ever campaign in the Ghanaian top flight as a coach. He first joined New Edubiase United as a coach in the Division One league in 2010. Coach Gago then had stints with Real Tamale United, B.A United, Okwawu United and Namibian giants Tura Magic.

He will know his first opponent for the 2022/23 Ghana Premier League season next week and kick off his first game on the weekend of September 9-14.