‘I personally lost relatives due to the MenzGold saga’ – Stonebwoy discloses amid calls for his arrest - MyJoyOnline.com 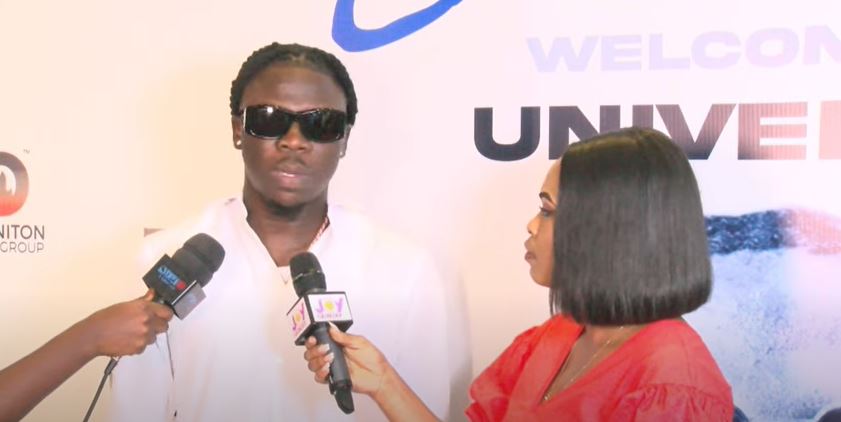 Stonebwoy says none of the MenzGold ambassadors played a part in the running of the firm.

Dancehall musician Stonebwoy has pleaded with Ghanaians to rule him out for blame in the collapse of the defunct gold dealership and investment firm, MenzGold.

He says none of the MenzGold ambassadors can be blamed for the lives and money lost due to the collapse of the firm because they did not play any part in its administration.

In an interview with Joy Entertainment’s Doreen Avio, he said any attempt to attribute the deaths of people to him and other ambassadors will be misplaced, because he personally lost close relatives due to the incident.

“It hurts me so well that people blame the loss and death of their friends and relatives on me. A group even advocated that I should be stripped off. I laughed when I saw it, not because I was happy, but I wondered what they were all about.

Stonebwoy’s comments were in response to some critics who have accused him of deceiving customers of MenzGold by advertising a new crypto-currency business on his twitter handle.

He told his fans that times are changing; hence, joining SidiCoinNFT will help every hardworking individual to make enough money to fend for themselves.

That is where MenzGold customers took exception and called for his immediate arrest and prosecution.

Media personality, Bridget Otoo, also engaged in heated exchanges on social media with him over the same issue.

“I only asked people to look into it and learn more about it so they won’t be left…sometimes, you come across something, read about it, get evidence about it and realise it has worked on the international market.

“I was like everybody who works hard deserves to earn. So, if I didn’t say it well as people claim, I am sorry,” Stonebwoy pleaded.

He reiterated that he is not an ambassador for SidiCoin and does not have any association with the product.

“My advocacy was for people to join a club for us to learn further information on how not to be left out of the new global order, not to encourage people to invest in a financial scheme of any sort.”