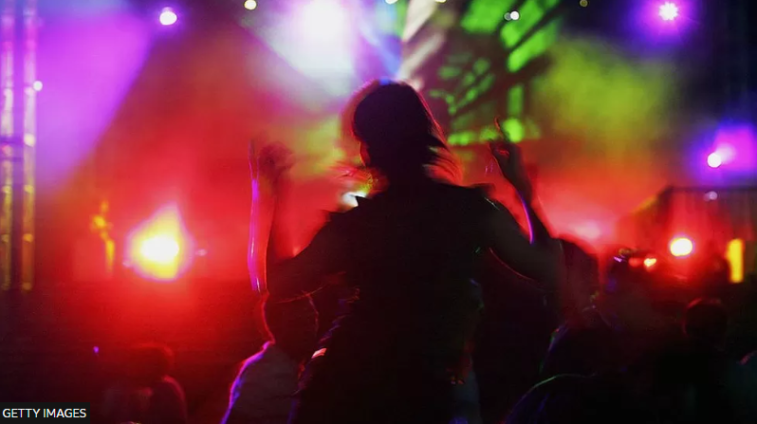 Tourism operators in Indonesia are still trying to recover from the devastating impacts of the Covid-19 pandemic. Now the country’s parliament has passed new laws that some fear could turn tourists away once again – because having sex out of wedlock is set to be outlawed.

The controversial laws, which critics have been labelled a “disaster” for human rights, also ban unmarried couples from living together and restrict political and religious freedoms. There were protests in Jakarta this week, and the laws are expected to be challenged in court.

The new criminal codes are set to take effect in three years and apply to Indonesians and foreigners living in the country, as well as visitors.

It has been widely reported in nearby Australia, where some newspapers have dubbed it the “Bali bonk ban”.

Indonesia’s economy heavily relies on tourism from Australia, which was Indonesia’s number one tourist source before the pandemic. Thousands of people fly to the tropical island of Bali every month to bask in its warm weather, indulge in cheap Bintang beers and rave at all-night beach parties.

Bali weddings are quite common, and thousands of Australia’s graduate students fly to Bali every year to celebrate finishing high school.

For many young Australians, a trip to Bali is seen as a rite of passage. Others go there a few times a year for quick, cheap getaways.

But as soon as news trickled through that the raft of new laws were becoming reality, after being mere rumours for years, doubt over future trips set in.

On Facebook pages dedicated to tourism in Indonesia, users tried to make sense of the changes and what they mean for foreign visitors.

“You will be bribing your way out”, said one user on the group Bali Travel Community.

“Good way to ruin the tourism industry of Bali,” wrote another, while others agreed it was “scare tactics” that would be impossible to enforce.

“Let’s say an Australian tourist has a boyfriend or a girlfriend who is a local,” Andreas Harsono, a senior researcher at Human Rights Watch told the Australian Broadcasting Corporation (ABC).

“Then the local parents or the local brother or sister reported the tourist to the police. It will be a problem.”

Visitors have been told not to worry too much, because police will only investigate if a family member makes a complaint – such as a parent, spouse or child of the suspected offenders.

But that is dangerous in itself, Mr Harsono said, as it opens the door to “selective law enforcement”.

“It means that it will only be implemented against certain targets,” he told ABC radio.

“It might be hotels, it might be foreign tourists… that will allow certain police officers to extort bribes or certain politicians to use, let’s say, the blasphemy law, to jail their opponents.”

While much of the chatter online reflected the Aussie attitude of “no worries, mate”, there is still a strong undercurrent of concern.

Australians are acutely aware of how serious getting in trouble with the Indonesian authorities can be – even for relatively minor offences.

A spokesperson for Indonesia’s justice ministry tried to calm concerns by suggesting that the risk was less for tourists because anyone making the police complaint would most likely be an Indonesian national.

But Bali cannot afford to have another blow to its tourism sector. Its recovery from the pandemic is slow, and many businesses and families are still trying to get back what they lost.

In 2019, a record 1.23 million Australian tourists visited Bali, according the Indonesia Institute, a Perth-based non-government organisation.

Compare that to 2021 – when just 51 foreign tourists visited the island for the entire year because of the pandemic, Statistica’s records show.

Indonesia’s tourism is strengthening though – in July 2022, the Indonesian National Statistic Bureau recorded over 470,000 foreign tourists arrivals in the country – the highest number since the easing of Covid-19 restrictions in October last year.

Phil Robertson, the Deputy Asia Director at Human Rights Watch tweeted that the new laws will “blow up Bali’s tourism”.

‘I really depend on tourism’

A tour guide called Yoman, who has worked in Bali since 2017, told the BBC the impact from the new laws could be “very severe” right across Indonesia, but especially on the holiday island.

“I am very, very worried, because I really depend on tourism,” he said.

Bali has a history of events – both man-made and natural disasters – that have affected visitor numbers to the island.

But the Indonesian government has brought in initiatives to try and lure foreigners back to its idyllic shores.

Just a few weeks ago, it announced a tempting new visa option, allowing people to live on the island for up to 10 years.

And of course it is not just tourists from Australia who could be affected.

Canadian travel blogger Melissa Giroux, who moved to Bali for 18 months in 2017, told the BBC she was “shocked” the law actually came through, after years of talk.

“Many tourists will prefer to go elsewhere instead of risking going to jail once the law is enforced,” said Ms Giroux, who pens the blog A Broken Backpack.

“And I’m not even thinking about the single people who come to Bali to party or the ones who fall in love during their travels.”

DISCLAIMER: The Views, Comments, Opinions, Contributions and Statements made by Readers and Contributors on this platform do not necessarily represent the views or policy of Multimedia Group Limited.
Tags:
Indonesia
Sex laws
Tourism