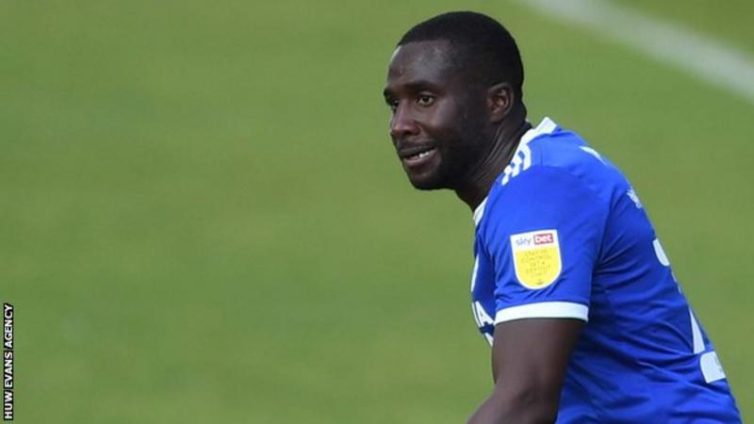 Cardiff City defender Sol Bamba is being treated for cancer, the Championship club has announced.

The 35-year-old Ivory Coast international has been diagnosed with Non-Hodgkin lymphoma and is undergoing chemotherapy.

“Sol has begun his battle in typically positive spirits and will continue to be an integral part of the Bluebirds family,” said the Bluebirds.

The National Health Service Wales describes the illness as “a type of cancer that develops in the lymphatic system, a network of vessels and glands spread throughout your body.

“The lymphatic system is part of your immune system”.

The Bluebirds said Bamba is “universally admired by team-mates, staff and supporters in the Welsh capital”.

The club’s statement added: “During treatment Sol will support his team mates at matches and younger players within the Academy, with whom he will continue his coaching development.

“While we request privacy for him and his family at this time, messages of support to be passed on to Sol may be sent to club@cardiffcityfc.co.uk.”

Bamba helped Cardiff win promotion to the Premier League in 2018 and has made more than 100 appearances for the club.

The former Paris St Germain player has been a hugely popular member of the squad, though this season he has been restricted to five Championship substitute appearances and one League Cup start.

He is a much travelled player who has had spells at Dunfermline, Hibernian, Leicester City, Trazbonspor and Italian club Palermo as well as Leeds United.

France-born Bamba has played 46 times for the Ivory Coast, including World Cup appearances and was part of their African Cup of Nations squad when they were runners-up in 2012.

DISCLAIMER: The Views, Comments, Opinions, Contributions and Statements made by Readers and Contributors on this platform do not necessarily represent the views or policy of Multimedia Group Limited.
Tags:
Cardiff City
Ivory Coast
Sol Bamba