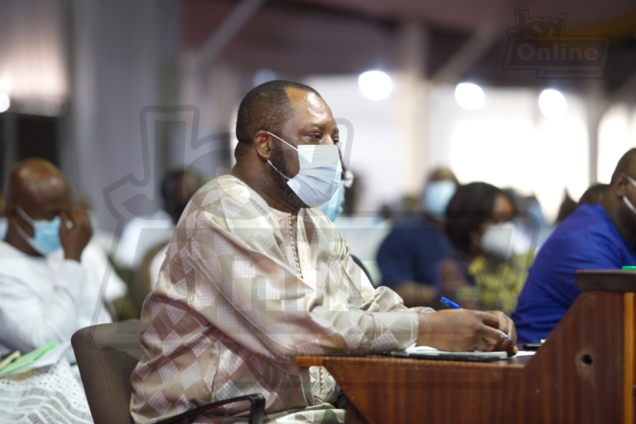 Energy Minister, Dr Mathew Opoku Prempeh, has charged the newly constituted board of the Volta River Authority (VRA) to ensure a reliable and affordable power supply in the country.

According to him, government dreads Dumsor and its working to ensure that the country does not slip back into the era of intermittent power supply, which slows down the economy and destroy businesses.

The ministry recently started a retooling exercise of the transmission lines to ensure a reliable power supply.

The project, part of a nationwide rehabilitation of lines, started three years ago under the Agence de France de Development financing of $173 million and is partially completed.

The 26-kilometre lines are being constructed from the Volta Sub-station in Tema to Achimota, with an extension to the Accra Bulk Supply Station at Mallam.

Also government is moving the Ameri plant to Kumasi to help stabilised the power supply in the middle belt of the country.

Inaugurating the board, the Energy Minister, Dr Mathew Opoku Prempeh, said the current cost of power does not promote industrialisation and wants to make electricity affordable.

“We have to work with the regulatory agencies to ensure we generate efficiently, distribute efficiently, and make it affordable for Ghanaians; one of the things we are doing is that for the next four years, we have told Ghanaians that we do not want dumsor and that we are doing Dumsor and is the VRA mandate that we ensure that dumsor is a thing of the past.

“The fear is that we are sitting on a time bomb because we pride ourselves as having excess generation, but when you look at the rate of energy utilization which is 7 to 8 per cent if we are not careful and we don’t add more generation, we will go into a deficit.

“VRA access that is stranded needs to be worked on, so in the future, we need to improve on the single circle plant to become dual,” he charged.

Established in 1961, the Volta River Authority has the mandate to generate, transmit and distribute electricity.

However, following the promulgation of a major amendment to the VRA Act within the context of the Government power sector reform in 2005, the VRA mandate has largely been restricted to electricity generation.

The nine-member board chaired by Kofi Tutu Agyare is charged to, among others, turn the entity into an efficient power generation entity and financially self-sustaining.

He assures the board will ensure generation of power takes precedent over all other issues.

The other members of the board are Emmanuel Twum Antwi Darkwa