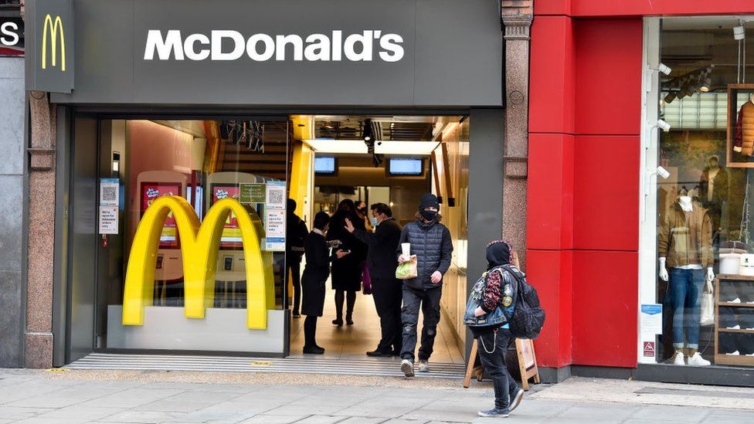 If you’re looking for your usual order at a KFC in Australia or McDonald’s in Japan these days, you might be disappointed.

The two fast food chains are experiencing shortages of fresh chicken and french fries, respectively, forcing them to cut back on some normal menu items this month.

Both companies attribute the setbacks to snarled supply chains, which are hitting other restaurants around the world.

In Australia, KFC said it had temporarily removed some items from the menu at certain locations around the country as it struggled to find supply of its most important ingredient: fresh chicken. It said its suppliers were being hit by staff shortages related to Covid-19.

“We’re working with our multiple suppliers to mitigate the impact and provide them with support, but we expect some disruptions to continue in the coming weeks,” a company spokesperson told CNN Business.

KFC did not specify which menu items were affected, or which of its suppliers were experiencing problems.

But on Tuesday, Australian poultry processor Ingham’s, which has a partnership with the fast food giant, said that it was “experiencing significantly lower levels of staff availability, which is impacting production volumes and operational efficiency.”

“The rapid spread of the Omicron variant … and the resulting staff shortages, are now also having a significant impact on the Australian supply chain, operations, logistics and sales performance of Ingham’s, and some of its suppliers and customers,” the company noted in a stock exchange filing.

Meanwhile, in Japan, McDonald’s has been forced to stop selling medium and large portions of fries.
The company had already suspended those options briefly last month over delays in potato shipments to the country.

Last Friday, it extended that suspension, saying that it would continue to only sell small-sized portions of fries at about 2,900 outlets nationwide through January.

According to McDonald’s, the shortage is set to continue this month as it continues to contend with the impact of a large flood near the Port of Vancouver in Canada, which handles much of the company’s imports of potatoes from North America.

It added that heavy snow and bad weather have also affected shipping services.

With the sale of larger fries temporarily suspended, all customers who buy a set meal that usually comes with those portions will be given a 50 yen (43 cents) discount.

McDonald’s said in its statement that it was working on “arranging new distribution channels” to secure a stable supply of potatoes in the future.

“We will continue to cooperate with importers and suppliers … so that regular sales of McDonald’s fries can be resumed as soon as possible,” it added.

The news adds to a string of headaches for fast food producers, which have grappled with global supply chain disruptions for months.

Last summer, milkshakes were temporarily unavailable at McDonald’s in the United Kingdom because of similar problems.

And Nando’s, the popular British chain, was forced to close some of its restaurants in August after running low on chicken for its signature peri peri dish. “The UK supply chain is having a bit of a ‘mare right now,” the company tweeted at the time.

In the United States, chains such as Taco Bell and Chick-fil-A have been hit by ingredient shortages during the pandemic, forcing them to temporarily pull back on certain offerings for customers.

DISCLAIMER: The Views, Comments, Opinions, Contributions and Statements made by Readers and Contributors on this platform do not necessarily represent the views or policy of Multimedia Group Limited.
Tags:
Australia
Japan
KFC
McDonalds