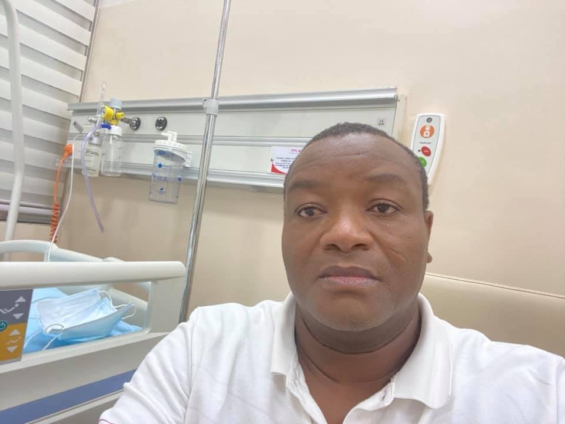 The founder and leader of the All People’s Congress (APC) party, Dr Hassan Ayariga, has claimed that Korle-Bu Teaching Hospital (KBTH) has become a death trap for Ghanaians.

In an interview with Roselyn Felli on Prime Morning Monday, he indicated that patients are abandoned at night to battle for their lives as doctors and nurses leave at night and return the next morning.

He revealed how he and other patients were abandoned at the hospital at night, leading to the deaths of some individuals. His condition became severe before he was transferred to a different hospital.

In addition, he said, “After three and a half days, Korle-Bu was now taking me to go and check my lungs when I was to be transferred to IMAH Hospital. My saturation was reduced from 85 to 65. I tell you Korle-Bu is a death trap,”

He stipulated that empty cylinders were provided even though he called for oxygen as some had finished.

Dr Hassan Ayariga believes the rate of negligence at the hospital is the major reason lives are lost every day.

Meanwhile, if elected President, he promised to rebuild and restructure the hospital’s management.

“I’ll refurbish and change the management of Korle-Bu. I’ll make sure that nurses and doctors there have to go for extra training because when you go there, people don’t really care because they see death every day,” he said.

The APC founder stated that negligence on the part of government has made Korle-Bu become the worst medical centre in Africa.

According to him, the government borrows money from foreigners to develop the country, yet institutions are mismanaged.

However, Dr Hassan Ayariga has assured that incompetent employees will be sacked when he is elected as President.

DISCLAIMER: The Views, Comments, Opinions, Contributions and Statements made by Readers and Contributors on this platform do not necessarily represent the views or policy of Multimedia Group Limited.
Tags:
Hassan Ayariga
Joy Prime
Korle-Bu
Prime Morning