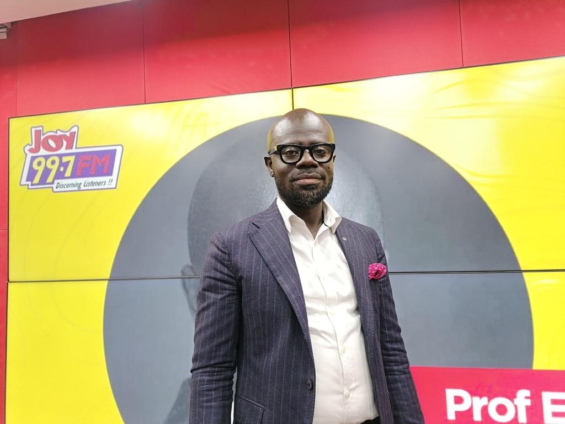 The Dean of UPSA Law School, Professor Kofi Abotsi, has cited the unavailability of ready markets for most countries on the African continent as hindrance to their full participation in the African Continental Free Trade Area.

Speaking at an Africa Trade Roundtable discussion organised by his outfit on the topic: Towards Zero Barriers: AfCFTA and regional trade unions, Professor Abotsi underscored the relevance of the pact.

“Trade will halt if you do not have that competitive wherewithal when you are ill prepared. Some countries on the continent were a bit slow in signing the AfCFTA partly because they were not quite sure if their domestic industries were ready for the competition.”

“That is where trade unions come in. Trade unions are supposed to help assuage the fears and the dis-quiet that these countries have and some stakeholders have on the AfCFTA arrangements. Barriers will always be a problem and there will be all kinds of non-structural barriers that will be placed in the way of people seeking to do legitimate business across the continent”, he explained.

Though expressing optimism about AfCFTA, Professor Abotsi said “it is my expectation that trade unions across the continent will be able to pull together the various stakeholders to leverage the advantages that are offered under the AFCFTA agreement.”

The Trade Union Congress (TUC) of Ghana, also cast slurs on the intended tariff-elimination goal of the AfCFTA, saying it will inadvertently lead to ‘trade capture’ by other economic bodies which have trade agreements with African countries.

According to the Director of Labour Policy and Research Institute, Dr. Kwabena Nyarko Otoo, it is evidence of lacking broad-based consultation with stakeholders beyond high-level trade ministries and institutions.

“For AfCFTA, consultation was only at a high level – between the AU and trade ministries. Even regional economic groupings such as ECOWAS, which had been at the forefront of liberalisation within the sub-regions, were not properly consulted on the overall architecture of the AfCFTA. The trade unions were not consulted at all”, he said.

“We will see the effects of lack of consultation as the Agreement is rolled out and we begin the implementation process”, he added.

The acting Executive Director of the National Labour and Economic Development Institute (NALEDI) in South Africa, Hameda Deedat, however said it will be naive to assume that France, which holds sway over the central banks, currencies and trade of many of its former colonies, will not use them as proxies to take undue advantage of AfCFTA.

“When you start reducing tariffs, it basically means your competitive advantage – particularly for sectors that are developing or that will not be able to compete or are not used to competing – is going to be eroded. In the next five years, 90% of Africa will trade with minimal import duties. This is dangerous, since we have not even worked out properly the matter of Rules of Origin,” she pointed out.

“We might think removing tariffs is good because it leads to a drop in prices, but it might actually lead to monopoly and price-fixing as we basically become a free market for the rest of the world and are forced to offer the lowest wages in order to secure FDIs.”

AfCFTA needs all stakeholders on board

“It is very important to have structured mechanisms for systematic and effective participation by all stakeholders, trade unions, civil society, private sector etc. But the question is, who is the private sector that will be engaged?

“We need to involve private sectors that are speaking for the African market and not private sector that is pushing other agendas. This mechanisms should not only be for the continental level, we need to bring the conversations to the shop floor.