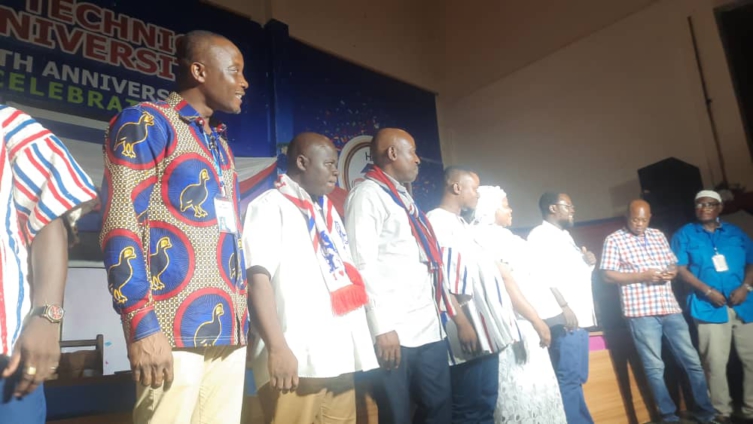 Incumbent Volta Regional NPP Chairman, Makafui Kofi Woanya, has urged party supporters in the Volta Region to remain united in order to help the party break the 8 in the 2024 general elections.

Mr. Woanya said this when he was declared winner after the NPP Regional Executive election held in Ho.

Mr. Woanya noted that the battle has been the Lord’s; adding that the delegates’ endorsement was a clear indication that there is no division in the Volta Regional branch of the party.

This, he noted, enforces the preparedness of the party for a resounding victory in 2024.

“There is no division in the party and your votes have said it all that we are rather united and very ready for victory in 2024,” Mr Woanya said.

On his part, the Regional Chairman for the Election Committee, Edmund Kudjoh Attah, noted that the election also vindicates the party by rubbishing rumours of division.

“The vote pattern from the constituencies have shown that the party members are solidly behind the executives. Anyone who says there is division in the party today can see that we are united,” he said.

Newly elected secretary, Pope Yao Yevu reiterated the commitment of the executives to make sure that more people are reached and victory is obtained in 2024.

The retained Chairman won with 188 votes while the Regional Boss for the NHIS, Joseph Homenya had 100 votes. Also, the former Deputy Regional Minister, Rev Johnson Avuletey got three votes.

Immediate past Communication Director of the party, Pope Yao Yevu had 179 votes to beat three others.

Incumbent Organiser, Emmanuel Korsi Bodja retained his position with a high margin as well as the incumbent Treasurer, Wisdom Gakpo.