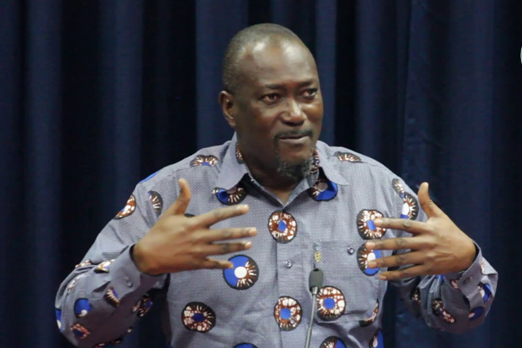 Executive Director of the Ghana Center for Democratic Development (CDD-Ghana) says the hurling of Dr Dominic Ayine before the disciplinary committee of the General Legal Council, over comments he made during an open dialogue, threatens the right to freedom of speech of every lawyer in the country.

According to Professor Henry Kwasi Prempeh, the act will also “impact negatively on both academic freedom and the freedom and ability of civil society to promote judicial accountability, including through projects like the Judicial Review series.”

Dr Ayine, a member of former President Mahama’s legal team during the 2020 Election petition, has questioned the judiciary’s independence about how the Supreme Court arbitrated the Election Petition.

A similar statement during the hearing of the petition at a press briefing, February 16, 2021 resulted in his being found guilty of contempt of the Supreme Court, but was discharged after apologizing for his comments.

In the petition filed to the General Legal Council, the Judicial Secretary, Ms Cynthia Pamela Akotoaa Addo, stated that Dr Ayine’s alleged repeat of such statement has displeased the Chief Justice, thus the call for him to be investigated.

However, reacting to this, Prof. Kwasi Prempeh asks, “So, now members of the Ghana Bar cannot offer a personal unflattering opinion of the judiciary on an academic, a civil society or other public discussion platforms, even after a case has been decided, without risking being hauled before the Disciplinary Committee of the General Legal Council?”

He stated that even though Dr. Ayine had made those comments, they were overwhelmingly disagreed with and shot down by other legal minds there, who had even praised the Court’s handling of the Petition.

“In other words, the platform on which the lawyer spoke was a veritable marketplace of ideas and opinion, with panelists debating each other in frank, open dialogue. It cannot be okay for a lawyer to praise a court but an act bordering on professional misconduct for another lawyer to express a contrary view of the court,” he said.

Prof. Kwasi Prempeh described the lodging of the complaint as “unprecedented, bizarre, and ill-advised” and could potentially curtail the freedom of speech right of lawyers to engage in projects like the Judicial Review Series to promote judicial accountability.

“I find no justification whatsoever for the Disciplinary Committee of the GLC to be brought into this matter or to investigate Dr. Dominic Akuritinga Ayine for the opinion he expressed on the panel,” he concluded.

DISCLAIMER: The Views, Comments, Opinions, Contributions and Statements made by Readers and Contributors on this platform do not necessarily represent the views or policy of Multimedia Group Limited.
Tags:
CDD-Ghana
Dr. Dominic Ayine
Freedom of Speech
Judicial Council
Prof. H. Kwasi Prempeh