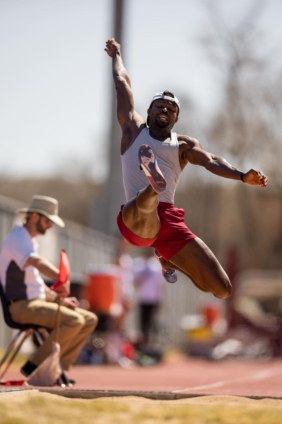 Ghana’s Abraham Seaneke will feature in the long jump event at the upcoming World Athletics Championships after an amazing leap of 8.22m (+2.0m/s) at the ECC Club Outdoors event in the United States.

The West Texas A&M Student made the mark on his second attempt at the meet and secured the exact qualification mark for entry into the competition to be held at the Oregon University in Eugene.

The 26-year-old has also booked his ticket to the upcoming commonwealth games to be held in Birmingham and is al currently second in Ghana‘s all-time long jump records, only behind Ignisious Gaisah’s 8.43m(-0.2m/s) which was achieved in 2006.