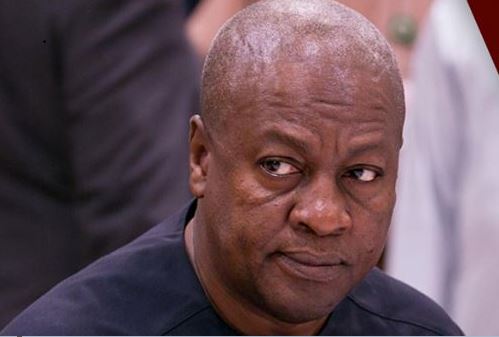 Mr. Aidoo in an interview with the Ghana News Agency said the National Democratic Congress’ flagbearer did not have any good thing for Ghanaians as he was only embarking on a promising spree to lure the vulnerable to vote for him in the December 7, 2020 elections.

He said for instance, even though Mr Mahama was aware that the banking sector cleanup was done in the best interest of the country, and to save the sector, he was preying on it to deceive those affected by the exercise.

“So far, all the things that he (Mahama) has been promising are things that the NDC has traditionally not done and in some cases, things that his own government had worked against when he was in power. Take, for example, the legalization of Okada”.

“Why did the NDC flagbearer make the legislation against the use of motorcycles for commercial purposes (okada), and the same person was now promising to legalize it if they voted him back to power?

“The question is if Mr. Mahama’s government had sponsored the law that banned okada, why is he now promising to legalize it when he is elected again, is it that he sees things differently when he is in power?” he asked, adding that, “this is what I mean when I say he is being dishonest”.

Mr. Aidoo, also a founding member of the New Patriotic Party (NPP), likened the behaviour of the NDC flagbearer to that of the proverbial vulture which only remembered the need for shelter during rainfall.

He challenged the former President to tell Ghanaians which funds he would use to implement his free primary health care promise and questioned what happened to the one-time premium payment of the National Health Insurance Scheme (NHIS) he promised before being voted as president.

The former Majority Leader asked Ghanaians to reject the empty promises by the opposition NDC flagbearer by voting massively to retain President Akufo-Addo in power as his achievements attested to his quality.

“It is common knowledge that Akufo-Addo is the best we have had in the Fourth Republic and Mahama is the worst we have had,” he said, adding that the Free SHS programme initiated by the current government would cement President Akufo-Addo’s name in Ghana’s history as the best leader so far.

“In 2004, I traveled with a Parliamentary delegation to Kenya where I saw free education for the first time on the African continent. They were having serious challenges and I never dreamt we could ever accomplish that in Ghana. But Akufo-Addo came along and told us it was possible and today, we are living the dream”, he said.

According to him, Mr Mahama was the only president in the fourth republic that did not have a legacy, saying, former President Rawlings, and Kufuor respectively ushered Ghana into democracy, and introduced the NHIS as well as stabilized the economy, while President Akufo-Addo gave Ghanaians Free SHS and many more.

Mr Aidoo added that the President and NPP presidential candidate, in his first term had brought development in all sectors, stressing that, “In Agriculture, we are having planting for food and jobs, in employment there is the Nation Builders Corps, in education, there is Free SHS and so on”.