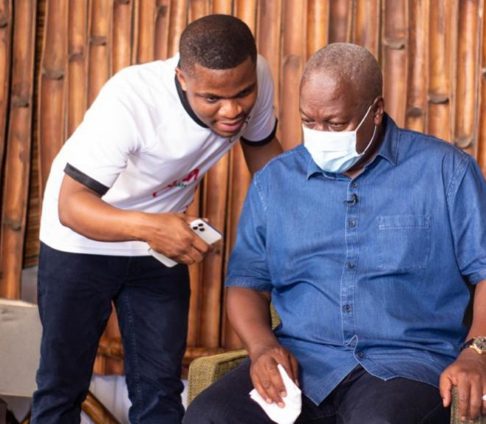 The National Communications Officer of the National Democratic Congress (NDC) says former President John Mahama is the party’s best bet if they are to win the 2024 elections.

Sammy Gyamfi disagrees with the Economist Intelligence Unit (EIU)’s recent report that entreated the opposition party to go for a fresh candidate for better prospects in the polls.

“John Mahama, in my opinion, is our surest bet to win 2024. This is because we got 1.5 million more votes in 2020 than in 2016. Therefore it cannot be true with Mahama; the NDC will be disadvantaged,” he said on JoyNews’ AM Show on Wednesday.

The EIU, in its five-year forecast for Ghana released on April 13, 2022, noted that the next parliamentary and presidential elections are due in 2024, and under constitutionally mandated term limits, the incumbent president, Mr Akufo-Addo, cannot run for a third term.

However, EIU said, “the former president, John Mahama, is reportedly considering running again, but we expect the opposition NDC to try to revitalise its prospects with a fresh candidate.”

The Unit further stated that “our baseline forecast is that ongoing public dissatisfaction with the slow pace of improvements in governance—such as infrastructure development, job creation and easing of corruption—will trigger anti-incumbency factors and push the electorate to seek a change.”

Interacting with host, Benjamin Akakpo, the NDC Communications Officer indicated that the media is misreporting EIU’s report by stating that NDC can only win the 2024 elections as predicted only if John Mahama is set aside.

“There is no paragraph contained in the EIU report that says the NDC cannot win power with Mahama,” he said.

Mr Gyamfi explained that the report only encouraged the NDC to vary its prospects to win with a larger margin against a lesser margin it would garner with John Mahama.

“What they are saying is that we have found that the NPP will lose power in 2024, but we think the NDC will do better with a fresh candidate than with President Mahama. That is the right interpretation of what they said. That is not the same as saying that the EIU has predicted that John Mahama cannot win power for the NDC. The two are not the same.”

According to him, since the EIU was decisive about the NPP’s defeat, “the NDC will win the election regardless of who leads the party.”

“When you read their baseline forecast, which is the foundation for their prediction, they predicted that the NPP will lose power to the NDC. That is without if, but or any condition. It is unconditional,” he added.