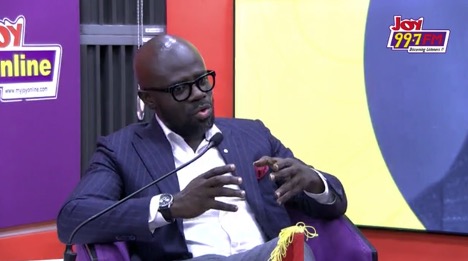 The Dean of the University of Professional Studies, Accra (UPSA) Law School, Professor Ernest Kofi Abotsi, has expressed concerns over the near-fight incident that happened on Friday among some MPs.

Taking to social media, he expressed the view that the clash between the Majority and Minority in Parliament reinforced the perception that the legislature is pushing itself into irrelevance.

According to him, the situation is even more worrying as Ghanaians are the ultimate losers.

Earlier in Parliament, a photo used by the Majority Caucus in Parliament on the issue of tidal waves, which has devasted communities in the Volta Region, nearly started a fight between the two sides at a press conference.

According to them, Mr. Afenyo-Markin was misinforming the media with the picture.

The clash occurred towards the end of the presser when the Bole Bamboi MP, Yusif Sulemana came to snatch the image from Afenyo-Markin, and handed it over to Dafeamekpor.

Nhyeaso MP, Stephen Amoah, then followed up to retrieve the image from Mr Nelson Dafeamekpor. This led to the clash.

Mr Afenyo-Markin was then seen asking Mr Rockson Dafeamekpor to hand over the image to him.