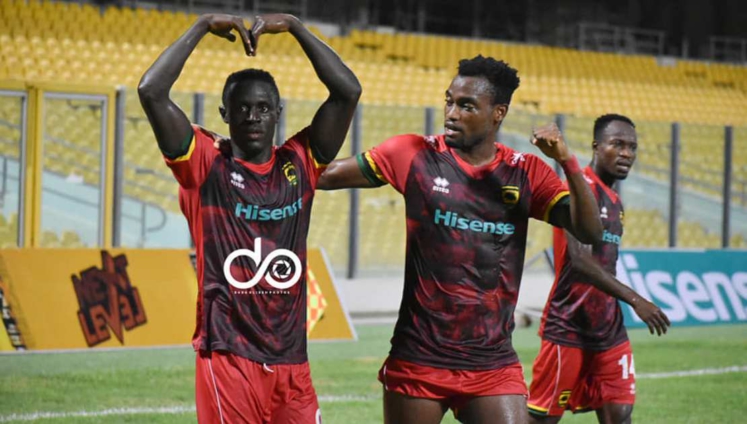 StarTimes’ warning to media houses and those broadcasting Ghana Premier League matches illegally was necessary. That of the Ghana Football Association (GFA) directing clubs not to film or record any league match in any form since it infringes on contractual obligations with StarTimes was however backward. I have not taken this stance against the GFA merely because my club, Asante Kotoko has a partnership with a firm that has the knowhow to film matches for use by the technical team.

I just believe that the GFA’s directive is against its own principle of helping clubs to grow. That, StarTimes have the media rights and legitimate commercial interest is undisputed. Yet, in advancing the argument for StarTimes and seeking to protect their stake, sight should not be lost of strides clubs are making to grow in the same space the GFA wants them to so as to change the face and standard of our game.

I am aware of provisions that incontrovertibly set out StarTimes as the media right owners of our league. What I do not know is whether in those provisions, clubs are not permitted to film or record their matches. It is on the basis of that, I support Kotoko’s Communication Manager, Moses Antwi Benefo’s call on the GFA to make known anything that prohibits clubs from recording or filming their matches.

“We are moving in a technological and modernised world. The contracts they signed, they should come and show us the clause that prevents clubs from covering games not for commercial purposes” the Kotoko official said in a report filed by Luv FM’s Delali Atiase. “We have paid for the entire year. All the 34 games that Kotoko will be honouring. We’ve had receipts from the FA. So, why do you prevent us from covering our games; not to stream live, not to commericalise it but just to serve as an aid to the technical team to critically analyse our games” he added.

Moses Antwi Benefo describes the path taken by the GFA as “militant” and it has to be stressed that, that “militant” route is problematic. As a parent body of football clubs, the GFA serves no good interest in imposing edicts on the clubs. I am happy the challenge to the GFA’s directive is shared by other clubs and the inputs made by Inter Allies’ President, Delali Senaya is relevant to this article.

The Inter Allies boss talks about finding “a middle point to agree and resolve” the matter. “It is very important that the holders of the rights for our matches get the best out of what they are paying for. At the same time, it is key for the various technical teams to have access to materials to be able to review the performance of their teams and their opponents otherwise football will be thrown back a decade or two from where we have reached” he told GTV Sports+.

Today, technology makes it possible to track, monitor and analyse player performance for purposes other than what live or delayed television broadcast of matches give to viewers. Media softwares that facilitate the capture of diverse information on players are in existence to help coaches not just to prepare their teams for matches but additionally broaden their knowledge of the game. The GFA’s stance only courts bad publicity for them and they don’t need that.

Restricting clubs to videos by StarTimes may not provide the information coaches need. Delali Senaya supports this point. “You need to analyse games with your teams so it is key that [we] have access to material. It will be interesting for people to know that, television coverage is not good for technical work…This is not something we should not drag and fight over” he says.

That is exactly my point too. A standoff with club(s) is needless. The GFA must know this. They must engage. They should reconsider their stance. Dialogue is the way out. Clubs should be allowed to film matches for technical use. If any club flouts the rules, the appropriate sanctions should simply apply.

DISCLAIMER: The Views, Comments, Opinions, Contributions and Statements made by Readers and Contributors on this platform do not necessarily represent the views or policy of Multimedia Group Limited.
Tags:
Asante Kotoko
Ghana Premier League
Jerome Otchere
media rights