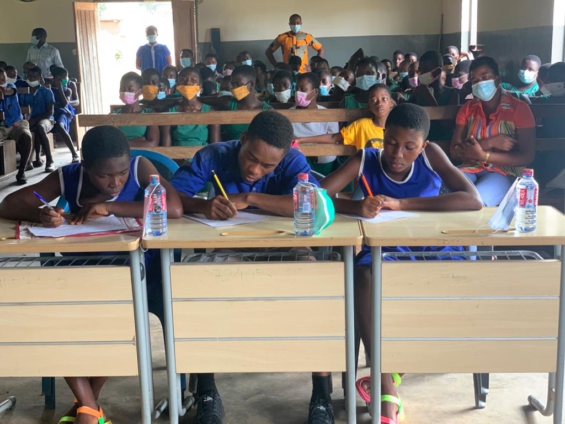 The Ghana Publishers Association has confirmed the signing of contracts with the Ministry of Education for printing of textbooks for basic schools.

He noted that the process to get textbooks published for the basic schools, has been ongoing for a while and selected publishers have been notified to get copies of their contracts from the Ministry.

“Once the Ministry has done its own selection process, it calls the publishers whose books the Ministry deems fit to select, and engage them to procure and of course supply them to the schools.

“So it has been ongoing up to the point of last week. Some of the due diligence checks were also made, the publishers were called to pick up the contracts, look at it, sign and submit to the Ministry,” he explained.

A statement issued by the Ministry of Education on Friday, May 20 said the provision of the textbooks has delayed, but it does not mean the reading materials would be available in 2024 as some people have stated.

“That notwithstanding, a comprehensive Quality Assurance Review, coupled with the conclusion of all procurement processes by the Public Procurement Authority (PPA), contracts have been signed and publishers have 120 days to complete their mandate from the day of signing,” the statement said.

Reacting to this, Mr. Asare Konadu Yamoah emphasised that the 120 days deadline is for the publishers to deliver the textbooks to a designated warehouse to be handed over to the Ministry for onward distribution.

“Actually, it is delivery not completion. 120 days to deliver the books to a designated warehouse or point of delivery as the Ministry would indicate…all things being equal, we hope that the books will be delivered within the time frame,” he told Evans Mensah.

The Ghana National Association of Teachers (GNAT) has said pupils from kindergarten to primary six are still without textbooks since the new curriculum was approved in 2019.

President of GNAT, Dr. Isaac Owusu noted that the lack of textbooks and government’s refusal to pay capitation grants has crippled basic education.

“The new curriculum that was introduced in 2019, was ideally to come with its own textbooks that the teachers will use. It is not that GES or the Ministry of Education did a supply and there have been shortages, there hasn’t been any supply at all.

“So since 2019, from kindergarten to class six don’t have textbooks,” he said.

Meanwhile, the Ministry of Education in a statement on May 20, said it is working closely with all stakeholders to ensure students in basic schools get the needed texts for their studies.

It added that it is committed to providing quality education to Ghanaian students.