My love for Shatta Wale will never die – Bullgod 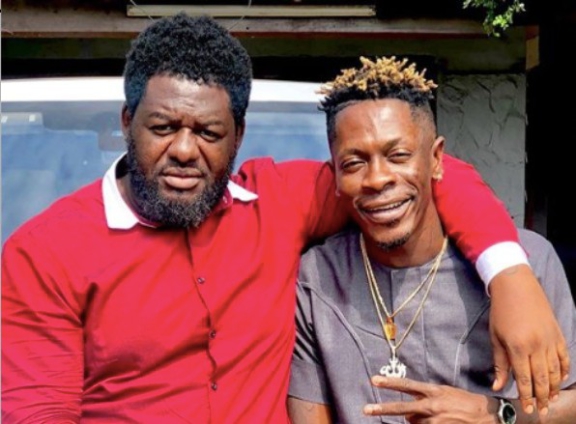 Speaking in an interview with Prince Tsegah on U Say Weytin, Bullgod claims that despite his mild dispute with the award-winning musician, he still has a love for him.

According to Bullgod, his recent outburst on social media is mainly direct him to take the right path in the industry.

Bullgod revealed that though his relationship with Shatta Wale is not as cool as it was previously, he is ready to go public with some of the things he would have said to him privately.

“My love for him will never die and that is why I am still on his case. If I don’t get close to him to tell him what I have to say privately, he will hear from me every day from now publicly,” he said on Hitz FM.

It is no secret that the two have not been on good terms following their separation a few years ago.

However, things have taken a different turn since Bullgod tipped Black Sherif’s debut album, The Villain I Never Was to do better than Shatta Wale’s upcoming Gift of God album.

His statement did not sit well with Shatta Wale’s fans who expressed their displeasure on social media.

Shatta Wale also took to social media to write what many call a subtle response to his former manager and friend. In the post, he said: “If Blacko’s album will do better than us, we like and we hear. At the end of the day, Ghana wins. Foolish people.

“All be money matter. You should find something to do and stop that nonsense. Make money in your way.”

Shatta Wale is readying to drop his Gift of God album this month.

DISCLAIMER: The Views, Comments, Opinions, Contributions and Statements made by Readers and Contributors on this platform do not necessarily represent the views or policy of Multimedia Group Limited.
Tags:
Bullgod
Shatta Wale