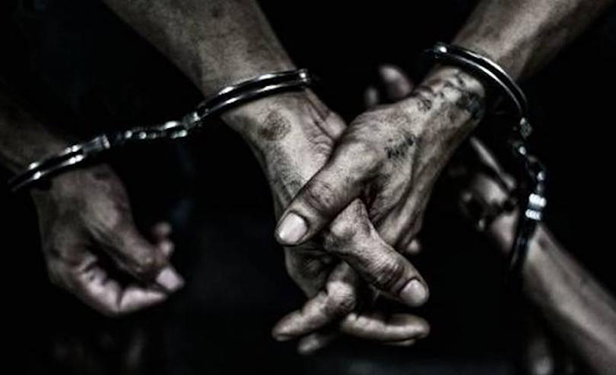 Some survivors of human trafficking have shared heartbreaking stories of the torture they had to endure, all in the name of getting their daily bread.

These survivors made the shocking revelation on Adom FM’s morning show Dwaso Nsem on Friday to mark International World Day Against Trafficking.

As a trader in Kumasi, a mother of one had to flee from her misery all the way to a different country with the hope of making ends meet.

But her hopes were dashed immediately she realised her job description was different from what she was told before departure.

According to Ramatu, she used to be a trader in Kumasi but was robbed by armed robbers, and her life became miserable, a development that forced her to seek greener pastures outside the country.

“I was a big businesswoman in Kumasi but was robbed. My life was never the same again, and so I decided to go out of the country. Our agents told me that there is a job in Gulf country, so I gave all the money I had to them to travel. We were told that we would be taken to a hostel and will work as house help.

“Little did I know it was a hoax, but we had already gotten there, and there was nothing I could do than to cope. I was taken to a house where about 15 others lived but I was the only person doing everything with no help from anywhere,” she narrated.

Despite being paid monthly salaries, Ramatu said she could not stand the treatment meted out to her.

However, she could not escape as her passport and documents were taken away from her.

Asked how she managed to flee the house after four years of misery, Ramatu said one day she went out to buy food but unfortunately collapsed on her way.

“I was taken to the hospital where I was resuscitated and during that period, as part of my escape strategy, I made alcohol my friend. I’ll get drunk all day and lock myself in the room.

“The people then called the police to arrest me. So I was handcuffed and taken to the deportation centre where a good Samaritan helped and brought me to Ghana,” she cried.

Also, 21-year-old Courage, telling his sad story, said he was also trapped in fishing slavery on the Volta Lake.

He recounted at the age of 13, he was lured by a relative to realise he was sold into slavery.

He was forced to dive into perilous waters to retrieve tangled nets, an experience many never survived.

Courage recalled how he soon realised that he had lost all aspirations when his master forced him to work day and night on dangerous and deadly fishing boats as threats of violence subdued him from walking away.

But after spending five years on water, Courage was found by some police officers who were on a rescue mission on the lake.

“We were on the water when some police officers stormed the place and mentioned my name that they are taking me away and they are have treated me well since,” he said.

The survivors named poverty as a major factor that forces vulnerable families to sell their children into slavery.

DISCLAIMER: The Views, Comments, Opinions, Contributions and Statements made by Readers and Contributors on this platform do not necessarily represent the views or policy of Multimedia Group Limited.
Tags:
Human trafficking
Toture