NADMO, Radio West Africa educate the public on disaster prevention ahead of the rains - MyJoyOnline.com

NADMO, Radio West Africa educate the public on disaster prevention ahead of the rains 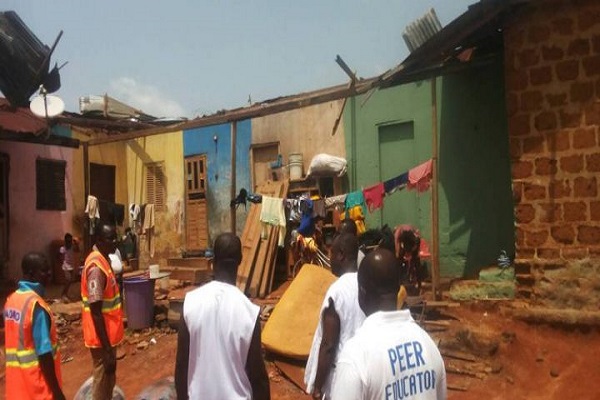 The National Disaster Management Organisation (NADMO) in the Wenchi Municipality of the Bono region in collaboration with Wenchi-based Radio West Africa, has rolled out preventive strategies to forestall disasters ahead of the rainy season this year.

According to the Officer in charge of Rapid Response at NADMO, Adonis Boakye Yiadom, the organization in Wenchi is collaborating with Radio West Africa to educate the public on how to prevent disaster during the rainy season.

Mr Boakye Yiadom was commenting on the preparedness of NADMO for the rains in the coming months.

According to him, the disaster-management organisation has written to the Wenchi Municipal Assembly to put necessary measures in place to ensure that such areas are not affected by floods during the rainy season.

Mr Boakye Yiadom indicated that NADMO in the Wenchi Municipality needed assistance from the public to get enough relief items for disaster victims for 2022 if any disaster occurs.

He, therefore, appealed to individuals, organisations and philanthropists to support the disaster office in any form so that every disaster victim will be catered for if it becomes necessary.

It will be recalled that a 31-year old pregnant woman, Ama Mary, died alongside her one and half-year-old child after their mud house collapsed on them at AKrobi in the Wenchi Municipality in 2021.

The incident ignited the collaboration between Wenchi-based Radio West Africa and NADMO to get the public sensitized on things to do during such disasters and the preventive measures against all forms of disaster.