National Service personnel are not owed any arrears in allowance- NASPA 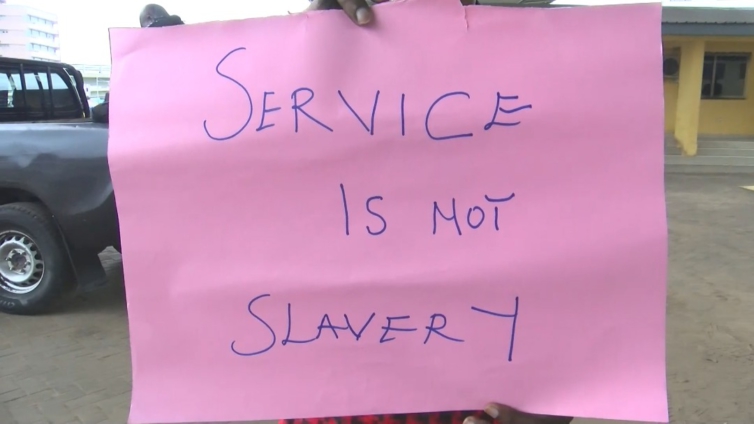 He, therefore, described as unfortunate and bizarre, a decision by some seven people calling themselves ‘Suffering National Service Personnel’ to embark on a demonstration over non-payment of service allowance.

Speaking in an interview with the Ghana News Agency, Mr Akuffo refuted the allegations that the National Service Secretariat (NSS) owes service personnel.

“To the best of my knowledge, all allowances owed National Service Personnel have been paid. The only outstanding month yet to be paid is the month of May, 2022 which will be paid in the middle of June.”

He explained that it is a tradition of the Service Secretariat to pay service allowances owed the previous month in the middle of the following month and that all efforts were underway to facilitate the prompt payments of service allowances for the month of May by June 15.

Mr. Akuffo noted that the delay in payment of allowances was due to the failure and inability of personnel to submit Monthly Evaluation Forms and Identity Mismatch, leading to the blockage of payment by the systems as well as submission of wrong Ezwich details by the service personnel.

He said the above-listed issues were always to be addressed by service personnel to avoid fraud and impersonation and the delay of their allowances.

Mr Akuffo said NASPA had designed a Google form which was sent across the nation to collect data of personnel who had issues with payment of their allowances adding.

“Personnel who have issues with payment should contact their NSS Offices to fill out the form for a prompt resolution.”

Mr Akuffo appealed to the seven service personnel to be patient. call off their demonstration and seek altemative measures to address their concerns through the rightful authorities.

DISCLAIMER: The Views, Comments, Opinions, Contributions and Statements made by Readers and Contributors on this platform do not necessarily represent the views or policy of Multimedia Group Limited.
Tags:
Andrew Akuffo
National Service Personnel