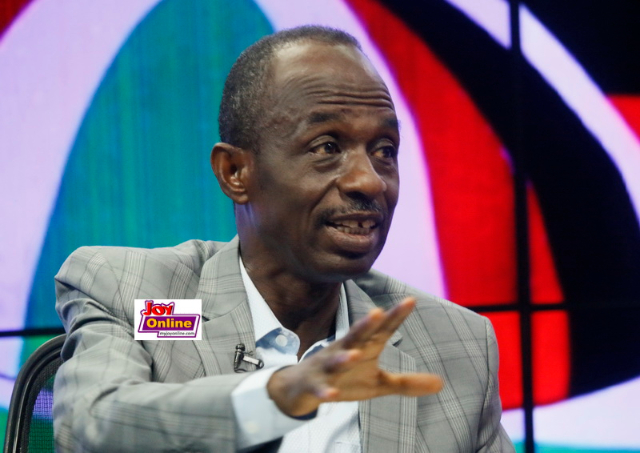 PRESS RELEASE BY THE NATIONAL DEMOCRATIC CONGRESS ON THE WITHDRAWAL OF THE DECEMBER 17TH REFERENDUM AND AMENDMENT OF ARTICLE 243(1) OF THE 1992 CONSTITUTION.

The National Democratic Congress (NDC) has taken note of the address to the nation last Sunday night by President Akufo-Addo, in which he announced the cancelation of the December 17 Referendum and the withdrawal of the Bill to amend Article 243(1) to ensure the election of Metropolitan, Municipal and District Chief Executives.

The NDC views the cancelation of the December 17th Referendum as a refreshing victory for the party and the broad coalition of NO campaigners who rallied to oppose the intended partisan politicisation of Ghana’s local government system. Our collective patriotic decision to put Ghana first and preserve the sanctity of the non-partisan local government system of Ghana has paid off.

The withdrawal of the vexatious Constitution (Amendment) Bill means that district level elections and local government administration will be insulated from the vagaries of extreme partisanship which have characterised politics at the national level. It would afford an opportunity for Ghanaians at the local level to freely participate in the governance of their localities, independent of the influence of partisan machinations as intended by the framers of the 1992 Constitution.

We acknowledge the stance of various organisations such as the National House of Chiefs, Catholic Bishops Conference, Christian Council of Ghana, Chamber of Local Governance and the Centre for Ethical Governance and Administration, as well as academia and patriotic individuals, which compelled the President to withdraw the Constitution (Amendment) Bill which sought to introduce partisanship into Ghana’s local government system.

The NDC finds the reason given by the President as basis for his decision to call off the Referendum as contrived and self-serving. The justification of a lack of “broad national consensus” is a only convenient excuse calculated to save President Akufo-Addo from public ridicule relative to the abortive amendment of Article 55(3).

We wish to state without any equivocation that the real reason for the decision by President AkufoAddo to cancel the December 17th Referendum was nothing but his fear of imminent defeat for a YES Vote had the referendum come off. His fear of the embarrassment that defeat would have caused him and his government is what compelled and informed his decision and nothing more. The cancelation was therefore motivated by the selfish political interest of President Akufo-Addo and not the lack on any broad national consensus as he would want Ghanaians believe.

If we may ask, since when did President Akufo-Addo begin to believe in broad national consensus in the development of key national policies and programs? President Akufo-Addo has continuously demonstrated traits of autocracy in the making of critical decisions since his assumption of office as was witnessed in the matter of the Ghana card project, the appointment of new EC Chairpersons, the passage of an anti-vigilantism law, the very recent printing of new currency denominated notes, just to mention a few.

The only difference this time around, is that President Akufo-Addo could not prevail against the collective will of a determined people who would have no more of his divisive and autocratic rule. Therefore, Ghanaians will not be hoodwinked by the desperate attempts by some persons to make a listening President out of a consummate dictator who has simply run out of options.

We are also surprised by claims by President Akufo-Addo that a consensus had been reached at a meeting with the three former Presidents of Ghana in 2017, that district level elections should be made partisan. We wish to put on record that no such consensus was reached at the said meeting. Indeed President Mahama at the said meeting asked that the recommendations of the Fiadjoe Commission, as modified by the Government White Paper be respected. Those recommendations did not include the involvement of political parties in district level elections. We urge Ghanaians to treat this falsehood with the contempt it deserves.

Finally, We are deeply concerned that the President took the misguided decision to direct the withdrawal of the proposed amendment of Article 243(1) which was intended to allow for the election of MMDCEs. The President based this decision on a claim that there was no national consensus on the matter.

We wish to point out, that this position is inaccurate to the extent that almost all stakeholders had expressed support for the election of MMDCEs. Both the NDC and the NPP had included this in their respective manifestoes. It is on the issue of the partisan politicisation of District Assembly and Unit Committee elections that the broad coalition emerged to oppose.

The withdrawal of the Amendment Bill on Article 243(1) is completely unnecessary and brings into question the President’s commitment to his campaign promise to make the position of MMDCEs elective. It is violation of a key manifesto promise of the NPP and exposes the fact that President Akufo-Addo’s much-touted pledge to make the position of MMDCEs elective has been a quid pro quo all along.

Above all, the withdrawal of the Constitution Bill to amend Article 243(1) amounts to denying Ghanaians their wish to have MMDCEs elected only because the President could not have his way to make district level elections partisan. This smacks of a betrayal of the trust of Ghanaians and further underscores the deceptiveness of President Akufo-Addo and the NPP.