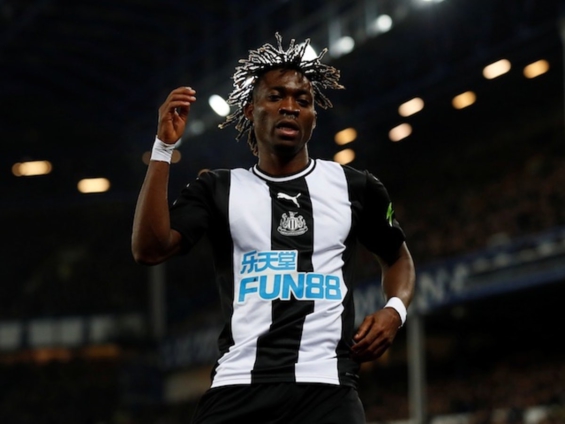 Christian Atsu is set to leave Newcastle United this summer after head coach Steve Bruce revealed he is not part of his plans for the season.

The coach has urged the Black Stars winger to leave the club because he cannot assure him regular playing time this season.

It has been a busy couple of summer transfer windows for Bruce’s Newcastle with the introductions of Miguel Almiron, Allan Saint-Maximin, Ryan Fraser and Callum Wilson.

The 28-year-old has struggled to impress his manager and started six out of 19 games last season. He provided just three assists and failed to score a goal.

However, Atsu is not the only player, who has been asked to find a new club by Steve Bruce.

“I like Christian [Atsu] – the same goes for [Yoshinori] Muto – trains every day, works tirelessly, [and is] a good professional,” Bruce told the BBC Newcastle on Monday ahead of Tuesday’s League Cup clash with Blackburn Rovers.

“But in a situation where, are they going to play enough? There has to come a time when they go and play football.

“The same goes for [Henri] Saivet. Henri has been around the place since I’ve been here. We try to treat him with respect and he trains every day and is a good pro.

“Saivet, Atsu, Muto, [Achraf] Lazaar, [Rolando] Aarons – they need to find a home and try to progress their careers again.”

Atsu joined Newcastle on a permanent deal from Chelsea in 2017 after playing a key role in their promotion to the Premier League.

For now, no club have expressed interest in the attacker, with the transfer window expected to close on October 16, 2020.

DISCLAIMER: The Views, Comments, Opinions, Contributions and Statements made by Readers and Contributors on this platform do not necessarily represent the views or policy of Multimedia Group Limited.
Tags:
Black Stars
Christian Atsu
Newcastle United
Premier League