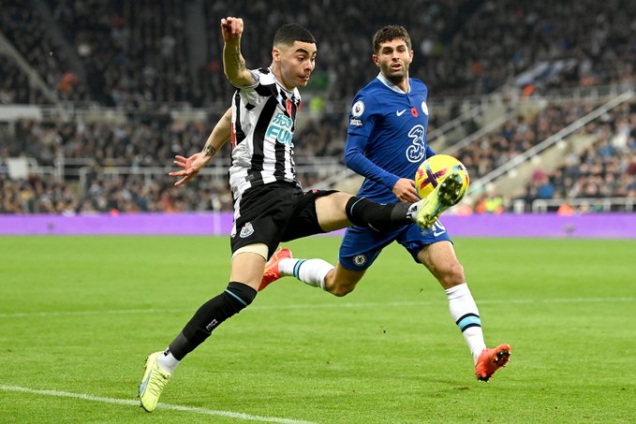 Newcastle boss Eddie Howe said he would be “foolish not to be excited” by the second half of the season after a statement win over Chelsea which keeps his side third in the Premier League.

Having slipped to fourth following Tottenham’s win over Leeds earlier in the day, Joe Willock’s delightful goal moved the Magpies back to third meaning they will be in a Champions League place at Christmas for the first time since 2001.

A fifth successive Premier League victory, against an admittedly out-of-form Chelsea, was achieved with England striker Callum Wilson starting on the bench after illness, and with a solidity and fluency that their opponents could not match.

Having worked Graham Potter’s side hard in the first half, and after Sean Longstaff wasted two great chances shortly after the break, Willock finally found a breakthrough when he curled in from 18 yards following a surging run by Miguel Almiron.

A youthful Chelsea, without Pierre-Emerick Aubameyang and Raheem Sterling, improved in the second half after the introduction Christian Pulisic.

The American’s run led to a Conor Gallagher shot, which was well saved by Nick Pope, but they could not break down a well-drilled Newcastle.

After Liverpool’s win over Southampton, Chelsea’s third consecutive Premier League defeat means they have slipped to eighth in the table, eight points behind fourth-placed Tottenham.

Asked if he was excited by what was in store when the Premier League resumes on Boxing Day, Howe said: “When you’re in our current position you’d be foolish not to be. I’m excited by what can be, while respecting the quality of the league.

“We haven’t thought about any permutation or any consequence of the games. We’ve just tried to win them and I think that’s the best way for us to attack the second half of the season as well.”

DISCLAIMER: The Views, Comments, Opinions, Contributions and Statements made by Readers and Contributors on this platform do not necessarily represent the views or policy of Multimedia Group Limited.
Tags:
EPL
Newcastle