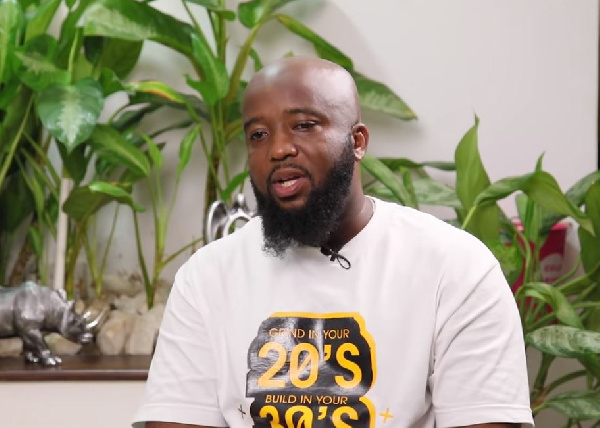 Accusations of lack of transparency and accountability have dogged the Musicians Union of Ghana (MUSIGA) for years, and now the spokesperson of the Elections Committee of the union, Enoch Nana Yaw Oduro-Agyei, known in showbiz as Trigmatic, says the claims are true.

According to Trigmatic, people do what they want in MUSIGA due to lack of accountability, and that is what has made the union unattractive to musicians.

“People come there with personal interests, knowing very well that they will not be accountable for whatever decision they take. It is about time anyone who took up a position at MUSIGA is made to account for whatever they do there.

“There should be monthly reports on what goes on at MUSIGA backed by evidence. It’s like everyone just wants to be president of MUSIGA and get all the benefits that come with it because accountability is virtually non-existent,” he told Showbiz last week.

Trigmatic stated that MUSIGA and other music bodies should be brought under one union where for example the Ministry of Tourism, Arts and Culture could monitor its activities.

“It is a shame we are not under one union. If taxi drivers and trotro drivers have one union which seeks the welfare of its members, solve their issues and gain all the respect, why can’t we do same with MUSIGA?

“Lack of accountability is causing problems at MUSIGA and when people are made to account for what they do, they will think carefully when applying for positions,” he said.

Trigmatic also revealed that members who voted during elections did not even understand the operations of MUSIGA but went ahead to vote.

“I realised there was so much to be done when I was made the spokesperson of MUSIGA’s Election Committee. We need serious orientation at MUSIGA.

“I have always asked myself why the young folks are not joining and only old folks are doing so. I am sure these are some of the reasons,” he said.

He suggested that there should be serious education about the operations of MUSIGA to make it attractive to every musician.

When Showbiz got in touch with the First Vice Chairman of MUSIGA, Bessa Simons, he said Trigmatic’s claims were wrong and that there was accountability at MUSIGA.

“We do yearly audited accounts and present them to all the members. We also send monthly reports to all the regional chairmen and they communicate to their members what is happening.

“So it is never true if Trigmatic says there is no accountability at MUSIGA,” he said.