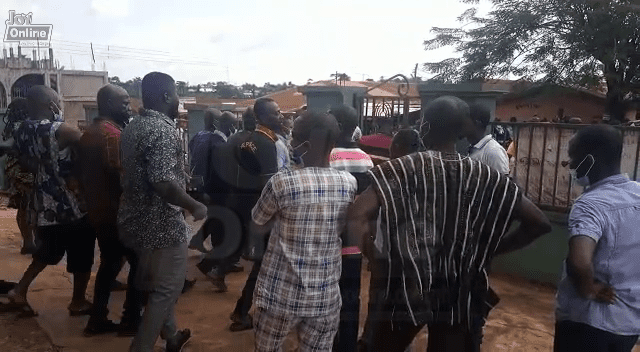 After the voting, some agitated New Patriotic Party (NPP) supporters besieged some assembly members to demand money they allege was given to them for a 100 per cent vote in favour of the nominee.

A supporter of the NPP in an interview with JoyNews revealed that various amounts, ranging from ¢1000 to ¢4000 was given to each assembly member.

However, the assembly members have refused to comment on the allegation of the NPP supporters.

It took the intervention of the personnel from the Ghana Police Service to restore calm.