Ousmane Dembele: Barcelona winger out for 10 weeks with thigh injury 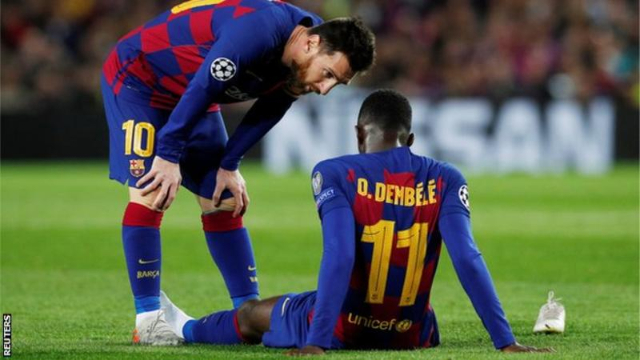 Barcelona winger Ousmane Dembele is expected to be out for about 10 weeks with a thigh injury sustained in Wednesday’s Champions League match against Borussia Dortmund.

The 22-year-old France international will miss a host of matches, including the rearranged La Liga game against Real Madrid on 18 December.

Tests have confirmed Dembele has a muscle injury in his right thigh.

Dembele has suffered several injuries since arriving from Dortmund in 2017.

After also spending time out with a thigh injury at the start of the season, he has only played three full games for the La Liga champions this season.