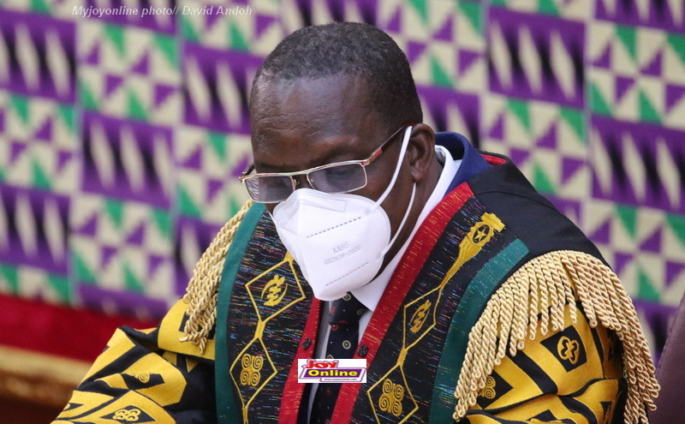 Parliament has tasked its Defence and Interior Committee to investigate circumstances leading to the assault of some residents of Wa, by military personnel on Thursday.

The Members of Parliament on Friday deliberated on the aforementioned issue. During the discussion, some of the legislators were clad in red bands and demanded a parliamentary probe to ensure the culprits are brought to book.

At the end of the discussion, the House decided to investigate the matter and has therefore directed the Defence and Interior Committee to proceed accordingly. The Committee is required to present its findings in four weeks.

Defence Minister, Dominic Nitiwul, who addressed the House, pledged to leave no stone unturned to ensure that the military personnel who carried out such heinous acts are sanctioned.

He revealed that a committee has already been established by the Defence Ministry to probe the incident. The Committee is required to consult the MP for the locality and the Commanding officers.

“The Ministry has also put up a small committee with representatives from the national security, the Defence intelligence and other persons, to go there and find out exactly whether there are other remote causes. Because it is simply not a military character to move to town and molest people. It is not something I’ve heard before. So I want them to go to the bottom of the matter and find out what really is the problem,” he stated.

He added that information before him shows that the actions of the military in Wa, was not authorised by the Defence Ministry or the Military Commanding officers. But an alleged attack on a military officer in the locality, triggered the brutality meted out to the residents.

“This incident is unfortunate, it shouldn’t have happened because first of all, it was not sanctioned by the Regional Minister, the Commanding officers, neither was it sanctioned by anybody in Accra. They are some men and women in the armed forces who moved to town to do that.

“The military got information from one of their colleagues that he was hijacked at night, while on duty,” he stated.

The Bimbilla legislator, however, noted that the Ministry’s committee will not hinder the investigations of Parliament’s Interior and Defence Committee.

Parliament’s initiative comes as a response to the assault on some residents of Wa on Thursday which has resulted in two individuals being admitted at the Wa Municipal Hospital for treatment.

The assault by the soldiers is said to have been triggered by the theft of a mobile phone supposedly belonging to one of the military officers.

Meanwhile, the Defence Minister has indicated that the victims of the military brutality have been identified and will be taken care of by the Ministry.

He has also rendered an unqualified apology to the affected individuals and the entire Wa community.

According to him, the military personnel should not serve as the first point of call when dealing with unrest caused by civilians. Such issues, he said should be dealt with by the Police Service.

He also pledged to make findings presented by the Ministry’s committee public, as well as the steps his outfit will take to ensure such an unfortunate incident does not recur in the future.

“When the findings are filed, we will make it public and also make all the measures we are going to take public to the people of Ghana for them to know what has happened. Our aim is to ensure that it doesn’t happen again,” he concluded.

Meanwhile, the Ghana Armed Forces has stated that internal disciplinary measures have been instituted to deal with all those who will be found culpable in this unprofessional conduct by the soldiers in Wa.

In its press statement, Director, Public Relations, Colonel E Aggrey-Quashie pledged that “such unprofessional conduct by the military personnel will not be condoned by any member of the force.”