People must be involved in the law-making process – Barker-Vormavor - MyJoyOnline.com

People must be involved in the law-making process – Barker-Vormavor 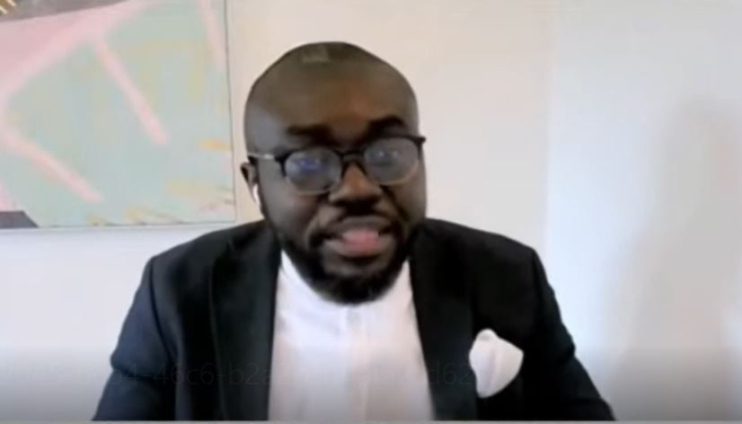 Researcher at the Faculty of Law of the University of Cambridge, Oliver Barker-Vormawor, says avenues must be created to involve citizens in the law-making process.

Speaking on Joy News’ The Law on Sunday, he explained that when people are allowed to partake in the process actively, it will prevent democracy take over by institutions.

He added that a law-making process devoid of the people’s energies without political alignments doesn’t bring about improvement in democracy since it leaves behind the best intellectual brains.

According to him, the Constitution does not allow for a popular initiative, thus; allowing people to make suggestions on reviewing or amending a part of it.

“We’ve cut out the people from the law-making process itself because we say it a representative government, meaning that even if you want to do a petition to Parliament, you can’t do it. Parliament will now write back to you and say that is not the proper way.

“The proper way to do it by what they mean so that a Member of Parliament must take it and lay it on the table and move it as their own motion. So it’s not a people’s thing,” he said.

The Legal practitioner said another way the people can be added to the law-making process is by creating a legislative hearing like the US.

“We’ve now have introduced a sort of memoranda which we can submerge, but we have to have all those hearings, and it is required that you must meet all those groups in the ways in which people come before them and defend these ideas…before any law is passed. So that brings the people again into the process,” he said.

He further stated that a recalled election where persons dissatisfied with a government could gather votes and demand a by-election also allows citizens into the law-making process.

The #FixTheCountry Convenor noted the group is calling for a complete overhaul of the constitution because they want a constitution that thrives in a system of checks and balances, adding that they want a limited government (an executive that is checked).

“If we are also benching the entirety of our constitution on a particular set of arrangements where certain institutions check each other and the way in which the politicians have subverted that process is to make sure that you subvert the institutions themselves so one of the gambles we make is that Parliament will check the Executive and then Judiciary will check both of them. But a lot of times, we talk about ‘you scratch my back, I scratch your back.”