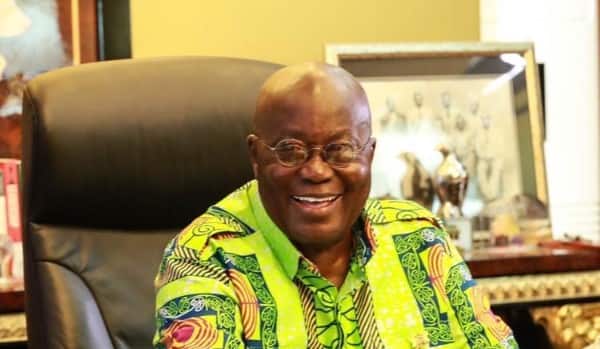 President Akufo-Addo has described as unwarranted and unmeritorious a petition seeking the removal of the Chief Justice (CJ), Kwasi Anin-Yeboah, from office.

The Chief Justice has been in the news lately following allegations by private legal practitioner, Kwasi Afrifa that he had demanded a $5million bribe to deliver a favorable judgment in a case involving his (Afrifa’s) client.

The CJ has since denied the allegations and asked the Police CID to probe the matter.

ASEPA, the Civil Society Organisation which petitioned the President for the CJ’s removal from office, contended that the CJ is unfit to hold office, based on the allegation by Lawyer Kwasi Afrifa.

Under Article 146(6) of Ghana’s 1992 Constitution, the President, upon receipt of such a petition, must act in consultation with the Council of State to appoint a committee consisting two Justices of the Supreme Court and three other persons who are not members of the Council of State, nor Members of Parliament, nor lawyers to inquire into the petition and make a recommendation.

The Supreme Court case of Frank Agyei Twum v Attorney General and Bright Akwetey introduced the additional requirement of a prima facie determination during this consultation. The Court, speaking through Justice Date-Bah noted as follows

“..the consultation by the President with the Council of State in respect of the appointment of a Committee to inquire into a petition for the removal of the Chief Justice, shall first determine whether the said petition discloses a prima facie case before the Committee is appointed.”

President Akufo-Addo in a letter dated August 20, 2021 communicated the outcome of his consultation with the Council of State, to ASEPA. The President in the response to ASEPA noted that the petition is not anchored on any allegation made directly or emanating from the petitioner but rather allegations made by Lawyer Akwasi Afrifa.

The President said, this is a reproduction of a third or fourth hand hearsay as basis seeking to trigger serious process of the removal of the CJ. No evidence, the President argues, is attached to the petition beyond Mr. Afrifa’s response and a request by the Judicial Secretary to the Ghana Police Service to investigate the allegations.

Details of President Akufo-Addo’s response can be found below: