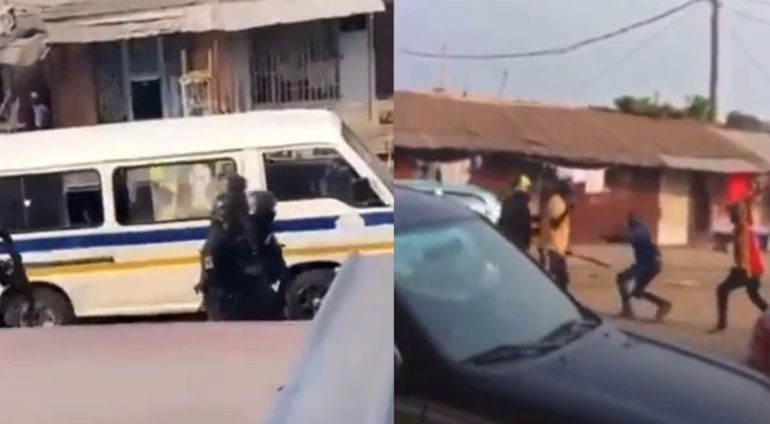 The Police have arrested seven suspects in connection with clashes that ensued in Nima, a suburb of Accra on Tuesday.

The law enforcement agency is also on a manhunt for ringleaders for the two gangs involved; Kumordzi and Bombo.

It comes on the back of a violent turf war between the youth of Nima and Maamobi which nearly led to bloodshed but for the intervention of the police.

A timely intervention by the Police on Tuesday afternoon averted what could have been bloodshed following a violent clash between the youth of Nima and Maamobi.

In videos widely circulated on social media, the youth in the adjoining Muslim communities are seen with clubs and cutlasses around 3:00 PM.

In one of the videos, gunshots are heard while the youth are seen in other videos slashing each other with machetes.

Out of the seven suspects, two have been hospitalised under police supervision while the others are in police custody.

“7 persons have been arrested. 5 are presently here with us, and the other two are on admission at the Police hospital,” the police told the media at the Police Headquarters.

According to Director-General of Police Public Affairs, ACP Kwesi Ofori, “the violence spread across some sections of Nima and we managed to stabilise the situation.”

For now, it remains unclear what necessitated the violence among the youth, but according to some Twitter posts, the fight was over a shisha.

The police however assured that they are actively working to clamp down on all miscreants in the area while investigations unfold.