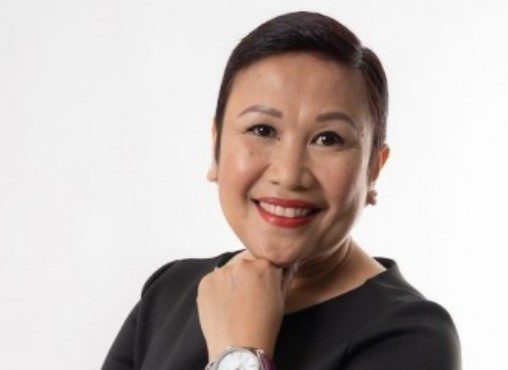 QNET, a leading multinational e-commerce based direct selling company, is finalizing plans to roll out a 360-degree marketing and advertising campaign across the sub-Saharan Africa region, to educate the public about its business and highlight the red flags associated with a scam.

The campaign will make its debut with a launch in Ghana in late March.

Named the Mama Campaign, the message targets the general public, the media, and the government stakeholders. The multi-channel campaign will be disseminated through radio, television, social media, print media and Out-of-Home advertising (billboards).

The concept of the Campaign is inspired by the quintessential African mother who frowns upon bad behaviour while guiding and correcting with the right information and values.

QNET, for more than 23 years, has been successful in developing unique products and services to meet the evolving needs of its customers across the world. Each year, more people buy QNET products and sign up for the company’s direct selling business as independent representatives (IRs). Thousands of young Africans have found their entrepreneurial passion through QNET and transformed their lives for the better.

The company’s direct selling business model allows existing customers who have enjoyed QNET’s products to market them by registering as Independent Representatives (IRs) and promoting these products to earn commissions on successful sales.

Unfortunately, due to a lack of understanding of how the internationally recognised direct selling industry works and owing to unethical practices by certain individuals who misuse the QNET name for their personal gain by cheating and misleading others, the company has experienced negative media publicity in some parts of the sub-Saharan Africa. Due to the misinformation caused by unscrupulous individuals many people erroneously consider QNET’s empowering business model to be a get-rich-quick scheme.

Over the years QNET has proactively developed, published, and aired a number of informational articles and videos to address these misconceptions.

“We wanted to find an authentic way to communicate our key messages in a way that will resonate with everyone. By using a strong African matriarch who stands for good values and serves as a moral compass for the family, we felt we can tell a powerful story about the right way to conduct the QNET business while being able to warn the public about people who promote scams in the name of QNET,” explains Biram Fall, the Regional General Manager for QNET in SS Africa.

QNET invests in training its independent representatives in a wide range of topics from helping them understand the direct selling industry to teaching them about the company’s products and services to personal development and leadership programmes.

Malou Caluza, the first female CEO of QNET who recently won a Gold Globee Award for the Female CEO of the Year said: “At QNET we focus on people development, nurturing relationships, building leaders, and being customer-centric. We are very transparent as a company.” She is leading efforts to clear the false scam accusations against the direct sales giant as the company expands its market presence in Africa.

“If anyone is looking to make a quick buck, then QNET is not for them. But once you have put in the work and diligently followed the best practices that QNET trained you for, the results will be rewarding. It may take time but it will be worth the wait.”she added.

Addressing the company’s efforts to ensure compliance by its IRs, Ms Caluza revealed that the company has created a two-pronged approach: “We have established the QNET Pro initiative, which focuses on training and education for our network on building the QNET business in a legal, professional, and ethical manner. We also have our network compliance department. This team is focused on investigating all complaints we receive from the field about violations to our policies and procedures and enforcing penalties on those who misuse the QNET name and harm our reputation.”

QNET is one of Asia’s leading direct selling companies offering a wide range of health, wellness and lifestyle products that enable people to lead better lives. QNET’s grass-roots business model fuelled by the power of e-commerce has helped empower millions of entrepreneurs in more than 100 countries worldwide.

QNET is headquartered in Hong Kong and has a presence in more than 25 countries around the world through subsidiaries, branch offices, agency partnerships, and franchisees.

QNET is a member of the Direct Selling Association in several countries and has industry memberships in the Hong Kong Health Food Association and the Health Supplements Industry Association of Singapore among others.