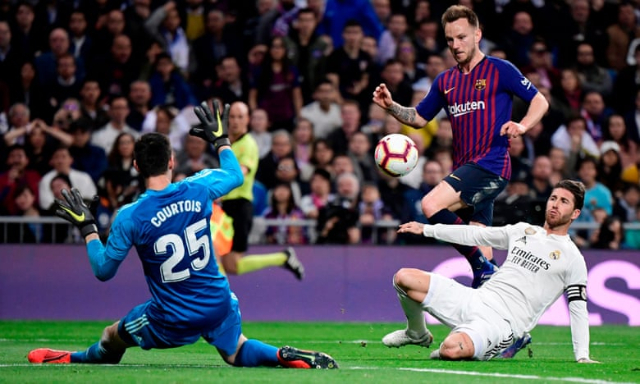 Karim Benzema and Raphael Varane were denied towards the end but Real rarely looked like equalising at the Bernabeu.

They are third in the table, 12 points behind Barcelona with 12 games left.

Atletico Madrid, who are second, will cut Barca’s lead at the top to seven points if they win at Real Sociedad on Sunday