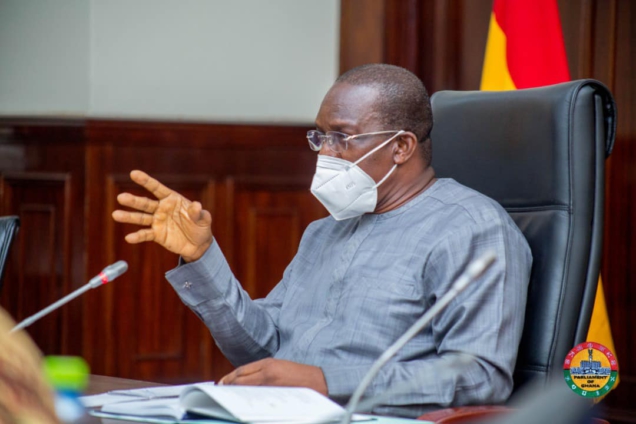 A delegation from the Tertiary Education and Institutions Network (TEIN) of the National Democratic Congress (NDC) on Thursday called on the Speaker of Parliament, Alban S.K. Bagbin in Parliament.

The delegation, led by TEIN Coordinators, called on the Speaker to discuss issues that concern the NDC, including championing the vision of the party’s founder, the late President Jerry John Rawlings.

The discussion also veered into the future of the youth of the party and the challenges that confront the development of the Ghanaian youth.

The Speaker who warmly received the delegation charged TEIN members to be united, committed and refrain from indulgence in distractive tendencies to secure a one-touch victory for the party in 2024.

“The youth in NDC should avoid politics of lies, boot licking, sycophancy and hypocrisy,” he admonished the delegation.

He advised the youth to “add value” to themselves for them to be offered better positions, which would mean “growth and development” for the youth.

The Speaker took the opportunity to share his experience as an MP, Minority Leader, Majority Leader, Second Deputy Speaker, and Speaker of Parliament to inspire the delegation.

He assured TEIN members of his support and asked them to rally behind their National Youth Organizer, Mr Opare Addo, who was already doing marvellously well to help better the fortunes of the party.