Residents of Aflao embark on 'Open Our Border' demonstration - MyJoyOnline.com

Residents of Aflao embark on ‘Open Our Border’ demonstration 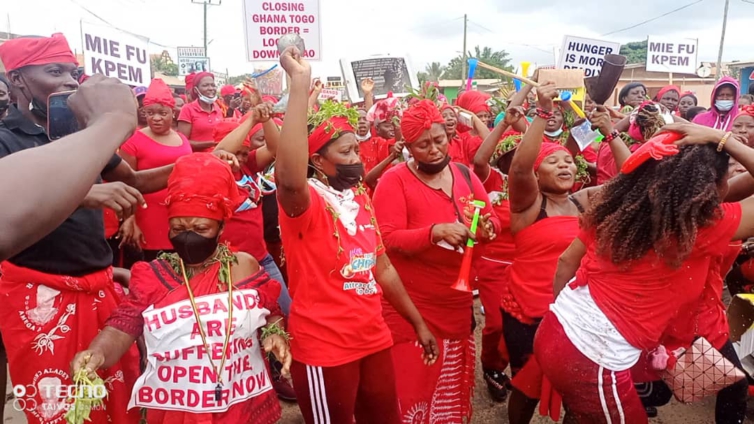 Hundreds of residents in the Volta Region have hit the streets to protest the continuous closure of the border between Ghana and Togo.

The demonstration, which took place in Aflao on Friday, August 27, is meant to highlight their plight, caused by the closure.

President Akufo-Addo announced the move back in March, 2020, as part of measures to help curb the spread of the Covid-19.

But 17 months after the closure, the indigenes in the Ketu South Municipality say the reopening is long overdue, as it affects their livelihoods.

Clad in red and black attire and hoisting placards on the street, the aggrieved residents chanted war songs with the hopes that government heeds their call.

Some of the inscriptions on their placards include, ‘Border closure collapsed our businesses’, ‘Hunger is more deadly,’ ‘Mie Fu Kpem,’ among others.

Notable personalities cited at the event include the Member of Parliament for Ketu South, Abla Dzifga Gomashie.