Ave Dakpa residents resort to use of water from crocodile dam due to water shortage - MyJoyOnline.com 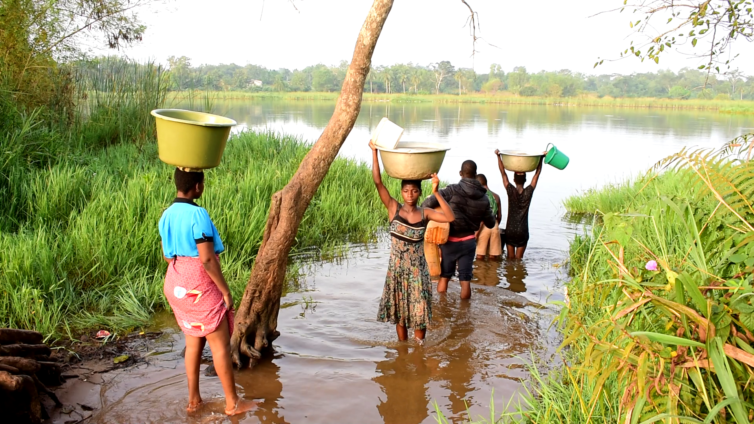 Residents in the Akatsi North District capital, Ave Dakpa, have been feeling the brunt of an acute shortage of potable water within the last months.

Therefore, the residents have resorted to water bodies in the agrarian community, with the majority travelling to fetch the Ave Dakpa Crocodile dam, a tourism facility in the Volta Region.

This follows the disconnection of power to the community water system due to the non-payment of the ¢12,629 bill.

After battling with the challenge of access to potable water for decades, elders of Ave Dakpa in the Akatsi North District deemed fit to self-initiate a water project.

Through pooled funding by the community, the then Akatsi District Assembly, and the Danish International Development Agency, the Ave Dakpa Water System was constructed to serve the agricultural community in 2003.

Until 2019, the facility was disconnected for non-payment of electricity bills.

An opinion leader, Mc-Solo Dziwornu-Ziddah, explained that power was reconnected after ¢7000 was paid to the Electricity Company of Ghana in February 2019.

“One Dr Senanu Agumenu came to the rescue of the people by donating ¢4000. The assembly also added ¢2000 out of the ¢5,100 that it is owing, to make it ¢6000 which they took to the Electricity Company at Denu and begged and then the restored power”, he explained.

Following the restoration of power, the Akatsi North District Assembly took over management of the Water System, hence dissolving the community water board in February 2019.

However, the facility again ran into debt under the management of the assembly.

The Ave Dakpa Pump Station was subsequently disconnected as it owes ¢12,629 as of October 2021.

Therefore, the residents were compelled to fall back to use water from the Ave Dakpa Crocodile dam, which serves as a tourism facility.

Both male and female, young and old, journey here to fetch water for domestic use.

Unfortunately, wastewater from the community streams into the dam, making the water unwholesome.

“We are in a pandemic era. So it’s unsafe and unhealthy for wastewater from bathrooms and houses to be channelled into the dam. The old, poor and vulnerable in the community rely on water from the dam for drinking and cooking”, a resident, Atsu Akutsa, said.

Angela Ayensu Ayele and her family travel to the bank of the dam on Saturdays to wash their clothing due to the unavailability of water.

She laments that they have been enduring this situation for over six months, likewise other residents of Ave Dakpa.

The residents fear a continuous reliance on unwholesome water from the dam may affect their health.

Gershon Akpalu appealed to government, philanthropic individuals and organisations to come to their aid.

“So we are appealing to all and sundry to come to our aid so our children can get good water to drink because water is life.”

Some opinion leaders are proposing that the community take over the water system management from the district assembly.

Prince Edward Aglago insists the community would resist any oppression and fight until it claims management of the water system, which “rightfully belongs to the community,” ad manages it to ensure it benefits the residents who laboured to construct it.

“We want to manage our thing, but if the assembly refuses to allow us to take over the facility, we will go on the streets and the whole world will hear of us. We will demonstrate!” he stressed.

Until the debt is paid and power restored to the pump station, residents would continue to rely on unwholesome water from the dam.