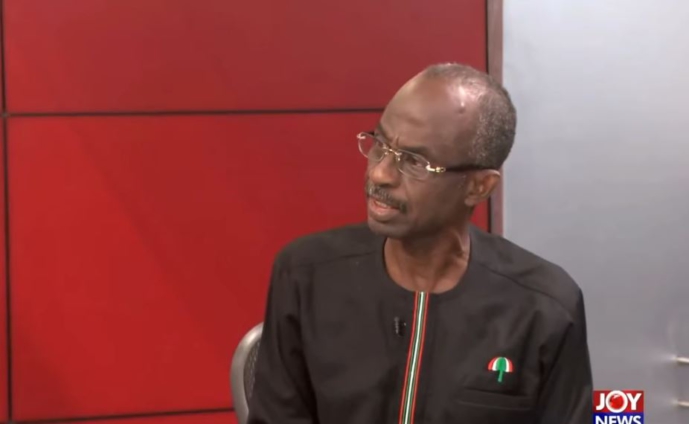 General Secretary of the National Democratic Congress (NDC), Johnson Asiedu Nketia has bemoaned the rising cost of accessing electoral office in the country.

A recent survey conducted by the Centre for Democratic Development (CDD-Ghana) revealed that at least US$100 million is needed for a person to have a shot at the Presidency and GH¢4million is needed to contest for primaries and MP elections.

In 2018 when the CDD conducted a similar survey, an amount of US$85,000 was pegged as the cost of running for Parliamentary elections.

Speaking in an interview with JoyNews, Johnson Asiedu Nketia said the current situation does not augur well for the country’s democracy.

“What we cannot dispute is that there is a rising cost of accessing electoral office in the country which is very dangerous to our democracy,” he said.

The CDD report also revealed that nine individuals allegedly engaging in illicit activities funded some political parties in the 2020 elections.

According to CDD, the financiers fund political campaigns with the aim of making friends to ensure the sustenance of their businesses should the recipients of the funds win the polls.

However, the NDC’s General Secretary noted that as a Chief Executive Officer of the party, he is unaware of illegal activities of financiers of political party elections.

“I do not know whether I will be able to actually say with some certainty because nobody comes to offer funding and tells you that me I’m engaged in human sacrifice or anything…the person may come and offer and it is only when you come to power that somebody will come and say that well this person’s business is illegal,” he stated.

Meanwhile, the Director of Advocacy and Policy Engagement at the Centre for Democratic Development (CDD) Ghana, Dr. Kojo Asante has intimated that his office is going to push hard until a good outcome is borne out of the study.

Commenting on the development on Top Story on Wednesday, Dr. Asante indicated that measures are going to be put in place to address the situation.

“We’ve already put together a small group because we want to do a draft road map. We think there is a window between now and 2023 where we can have a small look at some short-term measures to begin to turn the corner and we are going to push very hard to get some action taken along this side,” he said.

DISCLAIMER: The Views, Comments, Opinions, Contributions and Statements made by Readers and Contributors on this platform do not necessarily represent the views or policy of Multimedia Group Limited.
Tags:
Asiedu Nketia
CDD
Rising cost of funding campaigns