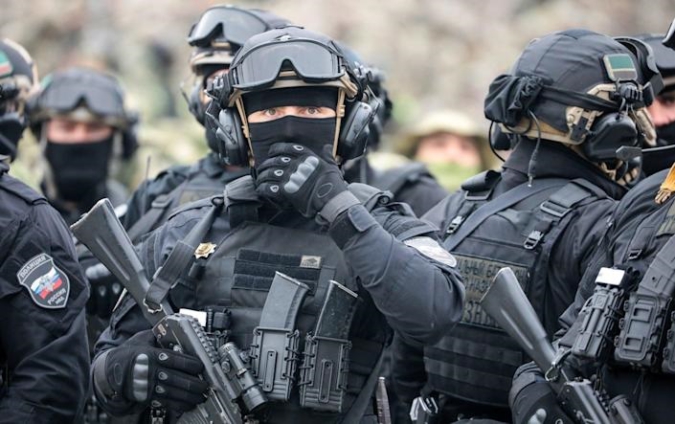 Oleksiy Danilov, secretary of Ukraine’s National Security and Defense Council, said on Ukrainian television on Tuesday that his country received information about a planned assassination attempt on President Volodymyr Zelensky from agents of the Federal Security Service of the Russian Federation (FSB).

“I can say that we received information from representatives of the FSB, who today have no desire to take part in this bloody war,” said Danilov, who claimed that the Chechen special forces sent to kill Zelensky had been “eliminated.”

“The Kadyrovites’ elite group, which came here specifically to eliminate our president, was directly destroyed,” he said. Kadyrovites refers to a Chechen paramilitary group accused of a number of human-rights violations and abuses. They serve at the pleasure of Razman Kadyrov, the head of the Chechen Republic and a close ally of Vladimir Putin.

Western leaders have urged Zelensky to flee the country, but he has remained in the Ukrainian capital of Kyiv. Responding to an offer of evacuation by the United States, Zelensky reportedly replied that “the fight is here; I need ammunition, not a ride.”

“No one is going to break us. We are strong. We are Ukrainians,” the Ukrainian president said in an address before the European Parliament on Tuesday. “We have a desire to see our children alive. I think it’s a fair one.”

DISCLAIMER: The Views, Comments, Opinions, Contributions and Statements made by Readers and Contributors on this platform do not necessarily represent the views or policy of Multimedia Group Limited.
Tags:
Assassination
President Zelensky
Russian hit squad
Ukraine invasion