Sarkodie and Chance The Rapper finally link up - MyJoyOnline.com

Sarkodie and Chance The Rapper finally link up 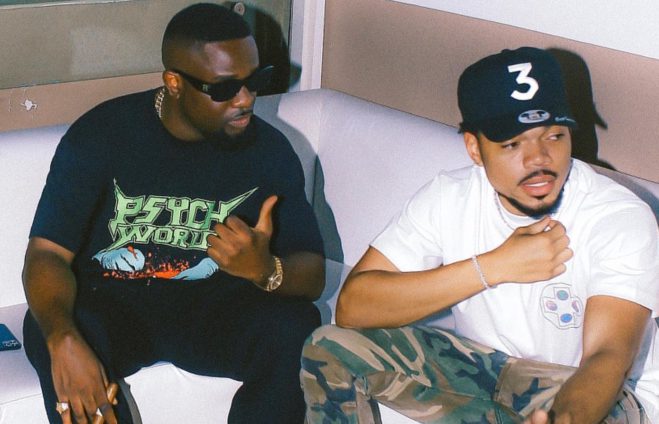 In a new video trending on Instagram, the duo was seen on a top floor of a building vibing with each other and posing for photos.

Sarkodie honoured Chance The Rapper’s request to meet him when the latter in a tweet said he was dying to meet Sarkodie. The tweet read: “I’ve done everything in Ghana except meet @sarkodie.”

Sarkodie replied to the tweet, saying: “We linking up before you get on that plane” and it truly happened.

The US music star, prior to his visit, had revealed his intention to visit Ghana a couple of times on social media.

Additionally, he expressed he wished to touch down in Ghana to spend the holidays with Ghanaians and many videos captured him at vantage places in the capital, Accra, where he had fun to the brim.

Chance The Rapper visited the Kwame Nkrumah Memorial Park, The Freedom Skatepark inspired by the late Virgil Abloh among other interesting places such as, attending a service at a church built by his family many years ago.

ChanceTheRapper (@chancetherapper) visits church which his family built in Ghana 🇬🇭. He has been seen on social media listening to a sermon on Sunday from one Bishop Nkansah, whom Twitter seems to have taken a hearty interest in… lolx. pic.twitter.com/852UzIESCR

The Coloring Book rapper has also toured James Town and has also been seen in shots from a location similar to the Aburi Mountains.

Since his arrival in Ghana, Chance The Rapper has been seen largely in the company of fellow rapper, Vic Mensa; American contemporary lyricist, Aja Monet Bacquie; Ghanaian rapper M.anifest; Ghanaian-American singer-songwriter, Moses Sumney and GRAMMY–winning producer and musician Peter CottonTale among others.