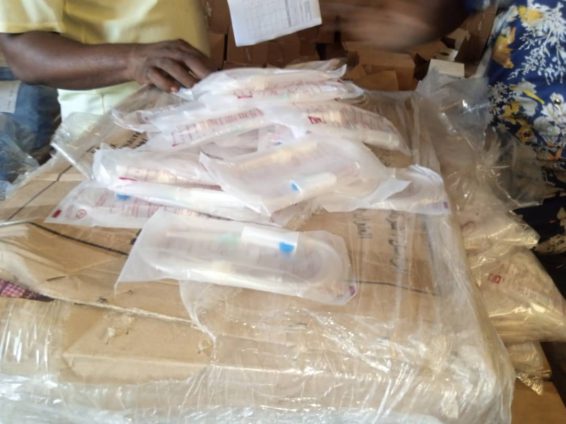 The Savannah Regional Directorate of Ghana Health Service has taken delivery of 50,000 yellow fever vaccines following a suspected outbreak in the Region.

The service has also received two Toyota Pickup Vehicles and other medical logistics to help contain the spread of yellow fever in the Region.

About 50,000 residents in the West and North Gonja Municipal and District are expected to be vaccinated.

In all, 65 suspected cases have been recorded, with 14 deaths at the West Gonja Hospital.

The Regional Director, who described the response as timely and appropriate, said the Directorate was making do with all the available logistics.

“We have asked for a response relating to the outbreak, and the Director-General was here to assess the ground, and after that, we received some 50,000 pieces of vaccines of yellow fever to start with the vaccination in the affected communities,” he said.

Dr Kuubio also expressed appreciation to stakeholders like the World Health Organisation (WHO), the Nunguchi Institute, and others who have joined hands with the Directorate on the ground since the disease outbreak.

He explained they have made inputs to carry a terminological study to see how the vector that transmits the virus relate to the affected communities.

Others are 20 galloons of Chlorine, 1200 N95 face masks, 1260 infusion giving sets, including 11 oxygen concentrators, one oxygen regulator and an oxygen cylinder.