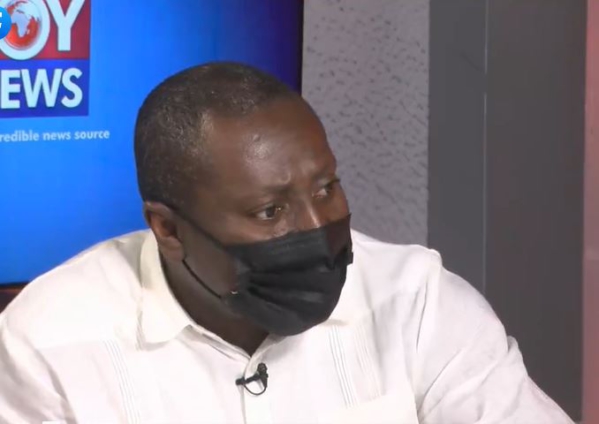 “Now we [Parliament’s Ad hoc Committee] have done our work we think that in good faith he meant well,” he told host of Joy News’ Newsfile, Saturday.

According to him, the Minister did what he could to secure vaccines for Ghanaians in the dangerous times of a pandemic when the Covid-19 cases surged with people dying.

“Where I sit, the man comes with his story that at a particular point in time death rate were going up, infection rate were going up, government to government sources, bilateral arrangement that has been put in place for the supply of vaccines had failed us. They were talking about six months delay, he needed to take action.

“He needed to make the vaccine available for Ghanaians to vaccinate. However, in the process, he concedes that he relied heavily on the committee that had been put in place to manage this Covid-19 situation,” he said.

The Effutu MP’s defence of the former Chair of Parliament’s Public Accounts Committee comes after several calls for the Minister to resign.

According to the report by the ad hoc committee set up to investigate the botched deal, the Dormaa Central Minister had breached every procurement process and constitutional requirements about the contract.

Currently, the Minister is on a two-week leave.

But putting up a spirited defence for the Health Minister on Newsfile, Mr Afenyo-Markin stated, “the Minister never said he engaged the Russian government and when that failed he decided to rely on private sources, he never said that.”

According to him, the committee’s interest was to get the money paid for the non-supplied doses refunded and that has been done.

“As a committee our main consent was in respect of the monies paid for the unsupplied doses and we made that clear in our recommendation that steps should be taken to refund to recover those funds.

“As we speak, we have correspondents, the minister was candid in bringing those correspondents to us, all the letters to them the request for the bank accounts and all that and we have every information that as we speak the special collection at Bank of Ghana is in receipt of that amount, the swift is there for everyone to verify,” he said.

The Chairman of the Parliament’s Ad hoc Committee further countered Mr Kpebu’s comment on the Health Minister lying about payment made during his appearance of the Sputnik vaccines probe.

“The Minister was being categorical that the Frontier Healthcare Services was not handled by the Health Ministry.

“We as a committee further probed, and eventually the evidence was that it was done by the Aviation Ministry, adding the Aviation Ministry brought evidence of the contract, letters to Public Procurement Agency and all that so you cannot have a statement against him that he could not give us appropriate answers when he appeared before us.”