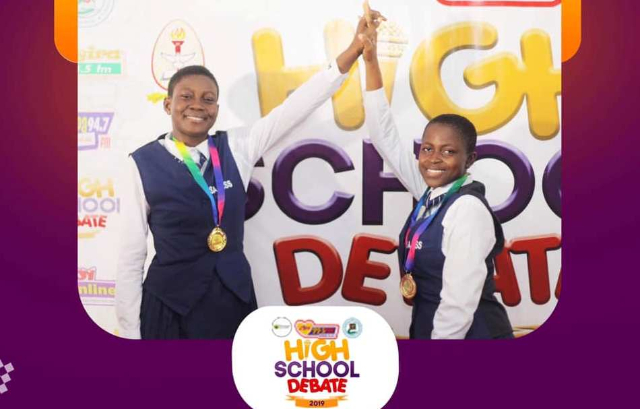 The “Giant Killers” as they were referred to, St. Jerome SHS which was the less fancied in the one-month competition, had accounted for schools like St. Louis and Armed Forces, on their way to the final.

It was Opoku Ware School, led by Foster Akanbong Awentirim, who set the stage for a fierce contest on the motion, “Election of MMDCES is  Best Option for Local  Development”. Supported by Kofi Anim Kissiedu, he drummed home why MMDCES should be elected.

Their opponents, Doreen and Priscilla were ruthless in advancing and enumerating12 reasons, the election of MMDCEs cannot be a panacea to local development.

That determined the winner after the three judges had struggled in picking between them.