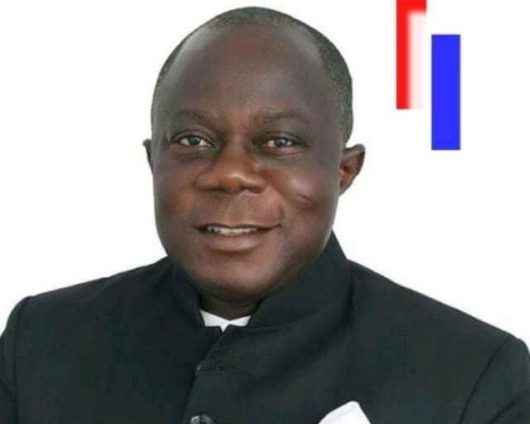 Chairman of Parliament’s Constitutional, Legal and Parliamentary Affairs Committee, Kwame Anyimadu Antwi, says he disagrees with the Speaker of Parliament over claims the anti-gay bill will not have any financial implications on the country’s purse.

Lawmakers are prohibited from introducing bills that will have financial implications on the country, a provision that is stipulated in Ghana’s constitution.

According to Mr Anyimadu Antwi, the Speaker of Parliament, Alban Bagbin gave this bill the green light as not having such implications, which he disagrees with.

“The constitution says that before we could do Private Member’s bill, the person presiding, in his opinion, must decide that the bill is not going to affect the purse of the nation. So they brought this [anti-LGBTQI+ bill] to the Speaker, and the Speaker agreed that let this pass through because, in his opinion, it is not affecting the national purse.”

“That decision that the Speaker made, I do not agree with that. If you criminalize it and a person is sentenced to prison, who’s going to feed the person, so it affects the national purse,” he said in a yet-to-be-aired interview on The Probe.

The Speaker tasked the Constitutional and Legal Affairs Committee to review the bill and present a report to the plenary when Parliament resumes later this month.

Eight MPs led by Sam George submitted a private bill to push for the criminalisation of LGBTQI+ activities.

The proponents want the promotion, advocacy, funding, and acts of homosexuality to be criminalised in the country.

Some groups have submitted memoranda and issued threats against persons who stand in the way of the bill.

The Church of Pentecost has, in its memoranda to the committee, sent its strongest caution yet to the government regarding the legislation against LGBTQ+ and their related activities in Ghana.

National Chairman of the Church, Apostle Eric Nyamekye, said his outfit will vote out any political party that stands against the passage of the Bill.

But Mr Anyimadu Antwi says such threats will not work.

“That is a threat, and we will not take that. We will not be intimidated by what they are saying to pass the law. But, having received over 100 and something petitions, which do we ignore?” he told the host of JoyNews’ The Probe, Emefa Apawu.

DISCLAIMER: The Views, Comments, Opinions, Contributions and Statements made by Readers and Contributors on this platform do not necessarily represent the views or policy of Multimedia Group Limited.
Tags:
Alban Bagbin
Anti-LGBTQ+ bill
Kwame Anyimadu Antwi
Speaker of Parliament