'The connection between me and the Ashanti region is a strong one' - Akufo-Addo - MyJoyOnline.com 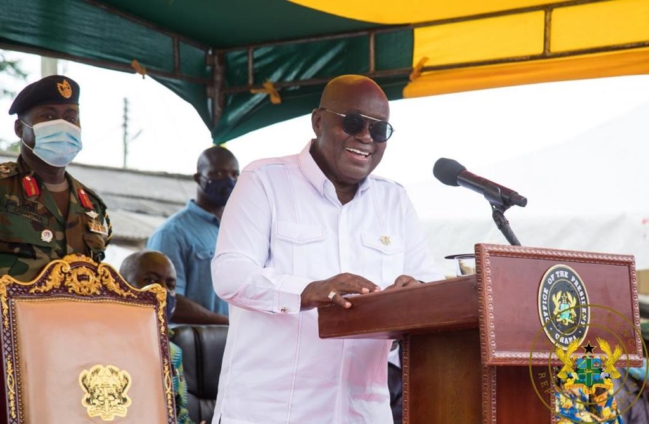 President Akufo-Addo says the connection between him and the Ashanti region is stronger and is, therefore, counting on it to win the December 7, general elections.

With a voter population of a little of three million and 47 parliamentary seats, researchers say 80 per cent win in the popular votes will significantly impact the chances of the NPP.

At the start of his three day tour of the region, President Akufo-Addo told a local radio station his visit is to rejuvenate the base of the party and encourage the voters to go out and vote.

“The Asanteman is the base of the New Patriotic Party (NPP) so any party leader who does not pay close attention to the base you will be thinking you have secured their votes but they may have other thoughts,” he said.

The President added, “Besides getting three million votes is not easy so it is very important that I come and speak to my people to go out there and vote.”

President Akufo-Addo further touted the Free Senior High School policy introduced by his government to be the quickest way to bring progress to the country.

According to him, providing an equal chance for human resources to be trained or educated plays a significant role in the growth of that nation.

He then called on all residents of the Ashanti Region to go out in their numbers on Monday, December 7, and vote for the NPP.