The GPL headline sponsor conundrum: Why GFA should have to reduce $1 million valuation 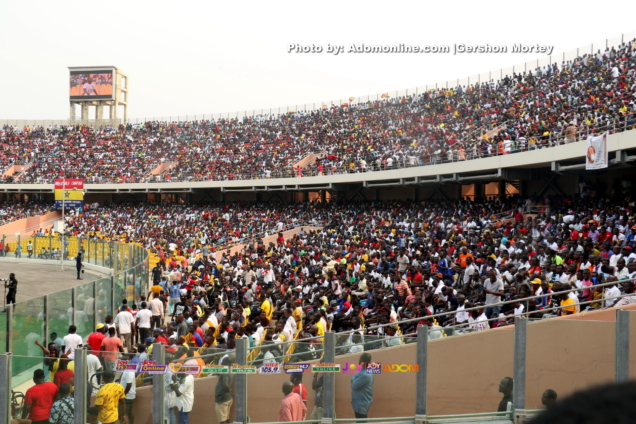 On October 29, 2021 the Ghana Premier League will return to the screens once again as 18 teams battle for the coveted trophy.

Last season, the showcase was able to fully run its course despite the threat of COVID-19, a pandemic that brought many competitions to a halt.

For the FA to successfully organise the competition with minimal hitches, it is a feat worth commending considering its abrupt cancellation two seasons ago.

However, something has been missing over the years; a headline sponsor.

In mid-August, Jamal Maraby, the Director of Marketing for the GFA, stated categorically that any headline sponsor should pay at least $1 million for Ghana’s biggest club competition.

“We don’t want to undervalue the GPL. That’s the reason we are not accepting any headline sponsorship of less than $1 million,” he said on Joy FM.

While it is understandable that more money is needed for the betterment of the league, $1 million seems too high of a valuation at this point.

In the last 10 years, the GFA managed to attract three sponsors for the competition; Globacom, now-defunct First Capital plus bank and Zylofon Cash.

Globacom agreed on a five-year deal with the football governing body in the league in 2008. The amount, per the FA, was worth $15 million across the duration of the agreement, which means the top flight product of the association at the time commanded $3 million every year.

After the deal came to an end in 2013, First Capital plus bank swooped in with a five-year $10 million deal in January 2014 as announced by the FA. The agreement lasted for just one year after the company agreed to undergo restructuring.

The GPL continued without a headline sponsor for three years. Zylofon Cash stepped in with what looked like a long-term solution in May 2018, penning a five-year deal worth $10 million. The agreement also came to an abrupt end.

Three years have passed and stakeholders have not seen the league acquire a headline sponsor, a worrying state of events.

Fans can argue that the league started losing its spark from 2006 and they could well be right. However, the competition took its greatest hit in 2018 after Anas Aremeyaw Anas’ exposé.

Number 12: When Greed and Corruption Become the Norm caused a huge stir in the nation. 77 Ghanaian referees and 14 Ghana Football Association officials were caught in various acts of alleged corruption in the documentary, bringing the GPL to disrepute.

After the documentary was premiered, the GFA premises were shut down, and, the league was subsequently cancelled.

At the tail end of the 2021/22 campaign, Ashantigold and Inter Allies were hauled to the Disciplinary committee on accusations of match-fixing.

“Our football has been attacked by faceless cowards. It is my responsibility and that of the Executive Council to defend the passion of the nation,” he stated.

A decision is yet to be made on the clubs involved as the kick-off of the new seaon beckons. Quite worrying considering how a decision could throw the competition into disarray.

Which teams replace AshGold if they are sanctioned and demoted to the lower tier as reported by a section of the media? Allies, already suffered relegation, but AshGold?

There have also been multiple cases of hooliganism in the GPL.

One recently unforgettable incident is that of Augustine Oppong, an Asante Kotoko fan who got shot in the eye after his club lost 1-0 to Berekum Chelsea in the 2019/20 season.

These factors have no doubt deterred potential sponsors from coughing out the demanded sum.

There have been fears over the years that the GPL lacks consistency, and that is not far from the truth.

Apart from the cancellation of the 2018 campaign when the competition had reached its halfway stage, fans have seen the league fail to start at all or stop halfway.

For 18 months after 2018, there was no league action. When the showcase fully returned in late 2019, COVID-19 struck, forcing the Executive Committee to cancel.

The league was not cut short in the 2020/21 season. However, with past events considered, there is the sense that potential headline sponsors still fear the competition’s inability to stay consistent in the long term.

GFA has made great efforts to secure TV rights sponsors and other sponsors but without assurances of the league’s long-term continuity, a strong case for a $1 million input every year could be hard to build.

Little was expected in terms of sponsors from the GFA from the fans standpoint when last season started.
They went ahead to secure some interesting category sponsors like Melcom Ghana, InterCity STC, Macron Ghana, StarTimes and Nasco.

Despite the achievement, there should be an agreed realization that the reputation of the league is slowly been rebuilt after its troubles.

Hence, securing a headline sponsor who offers less than $1 million will be a start until the competition’s brand dramatically improves.