There is the need for lifestyle audit among some Ghanaians – Domelovo 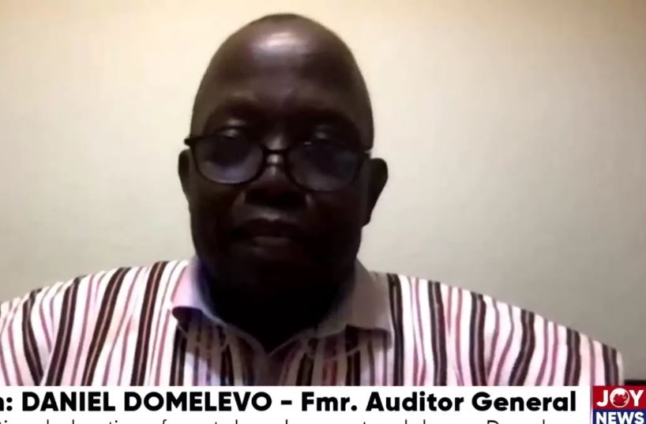 Former Auditor-General, Daniel Domelovo has called for a lifestyle audit among some Ghanaians.

In an interview on JoyNews’ Upfront on Wednesday, he stated that it is critical that the country comes up with a law that requires Ghanaians to explain their source of income.

“There are some people you would agree with me that they don’t have any well paid jobs or he has not been in office long to accumulate a fraction of what they have.

“These people may have to account to the nation and explain how they got their monies. If these monies were not even earned through corrupt means at least they might have evaded taxes so they may have to pay tax,” he said.

He stated although asset declaration can help identify unspeakable wealth accumulated during office term, it is not comprehensive enough to address other issues hence the need to add other mechanisms such as lifestyle audit law.

According to him, the declaration of asset and lifestyle audit has helped increase tax revenue for the government in some jurisdictions.

He also noted that having a lifestyle audit will also help discover systemic abuses in the country, while helping to capture the proceeds.

On the same show, Mr Domelovo expressed his disappointment about the non-verification of assets declared by public officeholders.

He said although some public office holders declare their assets on paper, in most cases the Audit Service officials fail to authenticate the existence of the assets declared.

“What is missing in the Ghanaian situation is verifying the asset to be sure that it is in conformity with what has been declared on paper,” he said.