'There was no penalty to take' - Nyaho Tamakloe furious with penalty decision in Super Clash - MyJoyOnline.com 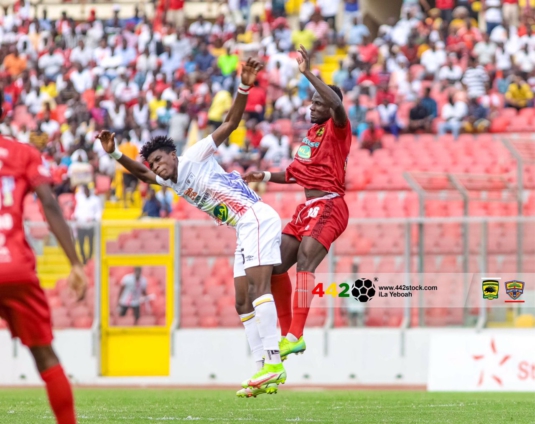 Board member of Hearts of Oak, Nyaho Nyaho Tamakloe has expressed his dissatisfaction with the performance of referee Kennedy Paddy in Sunday’s Super Clash between Asante Kotoko and Hearts.

The Porcupine Warriors took all three points at the Baba Yara Stadium upon their return to face Hearts in Kumasi after four years. Franck Mbella Etouga’s strike from the spot after Fabio Gama was brought down, was the decider in the game.

The penalty decision has been the talking point of the encounter with fans and officials of the Phobia club calling the decision a dubious one of the path of the centre referee.

Adding his voice to the subject, the former Ghana Football Association boss was far from convinced about the officiating on the day, while suggesting that the league would have to be given to foreign referees should performances continue.

“The referee today was very useless. If this is the level of officiating we are going to witness from our referees, we will call for foreign referees for games like this. There was no penalty there to take,” he said.

The win means Kotoko go 16 points clear of their archrivals with 10 games still to go while the closest to Kotoko are Bechem United, who are eight points behind the league leaders.