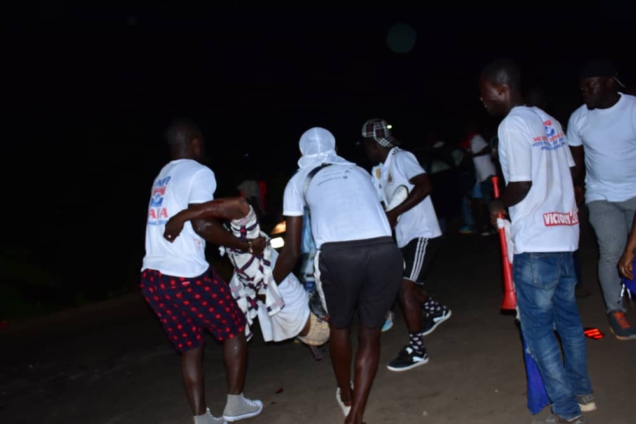 What was intended to be a celebration of victory, for some, ended up as a fatality, as two NPP supporters met their untimely death in a crash at Obuasi.

The incident, which occurred at Obuasi Bossman in the Obuasi East District of the Ashanti Region, involved a tipper truck and a motorbike.

According to Adom News correspondent, Isaac Normenyo, one of the victims died on the spot while the other victim had his arm severed in the accident.

The excitement and celebrations supporters followed the Electoral Commissioner, Jean Mensa’s declaration of Nana Addo Danquah Akufo-Addo as president-elect of the country on Wednesday, December 9, 2020.