'We had a bad day' - Samuel Boadu - MyJoyOnline.com 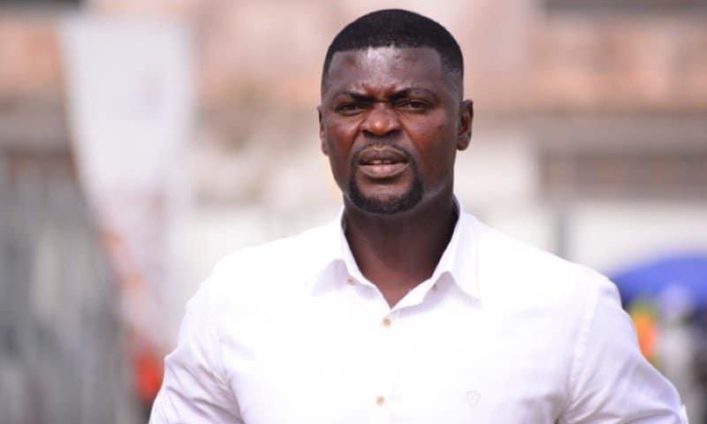 Accra Hearts of Oak head coach, Samuel Boadu has admitted his players were far from their best in their league game against Bechem United in the Ghana Premier League.

The Phobians were held to a frustrating 0-0 draw at home by the Bechem-based side as they failed to replicate a similar performance from last year’s game.

The game also saw Hearts return to the Accra Sports Stadium for the first in a long while after the stadium was temporarily closed down for maintenance works by the National Sports Authority (NSA).

Speaking during his post-match interview, Boadu compared his side’s performance at the Cape Coast stadium for a while to their first game upon their return to Accra.

Skipper of the side, Fatawu Mohammed also added that his side’s performance was affected due to the change in the venue.

“Yeah. I can say it has affected some of the new boys because the new players this was the first time some of them have played at the Accra sports stadium, so sometimes it was very very difficult for them to adapt. But for football, here is our home grounds so we have no excuses to give because whatever the situation this is where we will play all our [home] matches”, Fatawu advised.

“As coach said the little I can say is new year, new game. To us (Hearts of Oak) maybe I can say it’s very very bad, because if you look at our position on the league log that we failed to grab it, and having lost it, it’s very painful, but it’s part of football. That is now history so we will put it behind us and correct our mistakes for our next coming game so we can win our three points back.”

Hearts’ next league game is a trip to Bibiani to face Gold Stars at the Dun’s Park.